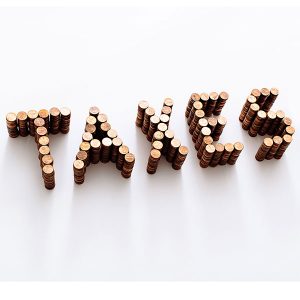 The taxman has transitioned from foe to friend.

Independent jewelers and tax professionals interviewed by JCK are hailing the recent Tax Cuts and Jobs Act—which was signed into law on Dec. 22—as a huge boon for jewelers, one expected not only to substantially boost profitability but also to help level the taxation landscape among retail businesses and other large corporate categories.

“Between lower rates and expensing provisions, this is a great opportunity to reduce your tax burden,” says Jeffrey A. Wlahofsky, a certified public accountant with Pittsburgh-based accounting and tax advisory firm Schneider Downs, which serves jewelers among other retail clients. “It will put more money in the business and generate more profit for the owners.”

And perhaps most important, jewelers will be able to retain a greater share of that profit. “I don’t have to shield income as much as before, because now I get to keep more of it,” says Craig Rottenberg, ­president of five-store Long’s Jewelers in New England and an MBA holder from the MIT Sloan School of Management. “Now is the time to be profitable.”

Jewelers who have compared their past tax bills with what they would total under the new law have found they will realize hefty reductions. John Henne, president of fourth-generation Henne Jewelers in Pittsburgh and chairman of the board of Jewelers of America, tells JCK that his 2016 personal return would be reduced by 31 percent when recalculated under the new rules.

“We talk about the rates having been very high, but a lot of companies—like Big Pharma, tech, and manufacturers—weren’t paying anything near those rates,” says CPA Christopher S. McElroy, the retail tax lead for Schneider Downs. “There weren’t a lot of levers for retail, so jewelers have always paid at the higher end of statutory rates. The tax reform really will put them on par with other taxpayers and leave more dollars on the bottom line.”

“There’s two sides,” Rottenberg says. “It’s going to help our businesses directly, but it will also put a lot more money in people’s pockets as they do their taxes at the same time as companies are handing out larger raises and bonuses. People will be spending more, growing our sales. We’re in a sweet spot right now, and the tax bill is the cherry on top.”

Consumers are already making that apparent. “Many of our best customers are small-business ­owners themselves, and they’re the ones who are ­going to see the biggest savings,” Henne says. “I spoke with one customer who says he’s going to save over $600,000. I joked with him that I only want to see 20 percent of that spent on jewelry.”

Cash to Grow On

Jewelers say that more money left in the till will open new avenues for building their businesses. “We’re thinking about what we can do with the dollars,” says Robert F. Moeller II, president of R.F. Moeller Jeweler in St. Paul, Minn., and treasurer of Jewelers of America’s board of directors. “Maybe I’m taking a little more myself. But mostly it’s about how can we invest to grow the business?”

The new rules create a temporary ­deduction ­providing for first-year expensing of capital ­investment in tangible property. Additionally, they ­substantially expand qualified property to include ­assets such as heating, ventilation, and air conditioning systems and even new roofs.

“If it’s improvements to a building, any type of interior buildout, there’s a significant savings,” explains Henne. “Remodels, especially, will be much more attractive. Even those who were contemplating opening a new store are going to be much more likely to do it.”

Moreover, while formerly only new equipment was eligible, the deduction has been expanded to include used equipment. “The definition is any improvement to the interior portion of a building, nonresidential,” McElroy says. “Now if you go out and acquire a business, say a competitor’s store, you could write off the qualified property.”

“We’re still looking at how to best compete against the internet,” Moeller explains. “The answer is immediacy, same-day delivery. He who is faster wins. So you have to have the stock there all the time. For the kind of customers we’re talking about, we’re looking to place more emphasis on Rolex, solid gold—­bigger and more. Those are investments you make when you’re confident about the market and your cash position.”

Others are looking to invest in their staffs, ­adding jobs and boosting compensation with a goal of ­increasing productivity. “We’ve seen our business growing in the past year,” Henne says. “You can ­invest more in your people because you’re going to have money left over.”

Because the new rules are complex, jewelers in the know advise consulting with tax professionals immediately. “You should be meeting with your accountant now,” Henne says. “There’s planning involved, so it’s important you don’t leave this until year-end.”

Among topics to discuss is how your business should be structured to maximize your potential tax advantages. According to Henne, the vast majority of jewelers are designated as C corporations, S corporations, or limited liability companies.

While C corporations will benefit from a permanent reduction in their tax rate from 35 percent to a flat 21 percent, jewelers operating under this structure are essentially double taxed, once at the corporate level and again on their personal returns for the dividends they take out of the business.

“There will be a significant difference in how much you benefit, depending on how your company is structured,” Rottenberg says. “Companies are going to have to figure out how owners are going to pay themselves—salary and bonus or distribution of dividends.”

“A young company with debt and that won’t be paying much in dividends should be a C corp,” Wlahofsky adds. “More mature businesses should be structured as pass-throughs. If you’re a C corp, a million dollars earned at the highest rate actually nets only 52 percent. If you’re an S corp with a million, you end up putting 68 percent in your pocket.”

Another potentially valuable change for jewelers is the temporary doubling of the estate tax exemption to $10 million per individual, or effectively $20 million for a married couple, adjusted for inflation and running through 2025.

“Now is the opportunity to plan for family transition,” Wlahofsky advises. “I’m already booking meetings with closely held businesses to do that.”

“It’s based on profitability, so it’s a big help for small family businesses that have some real value built up,” Rottenberg adds. “It’s almost eliminated their worry from an estate planning perspective.”