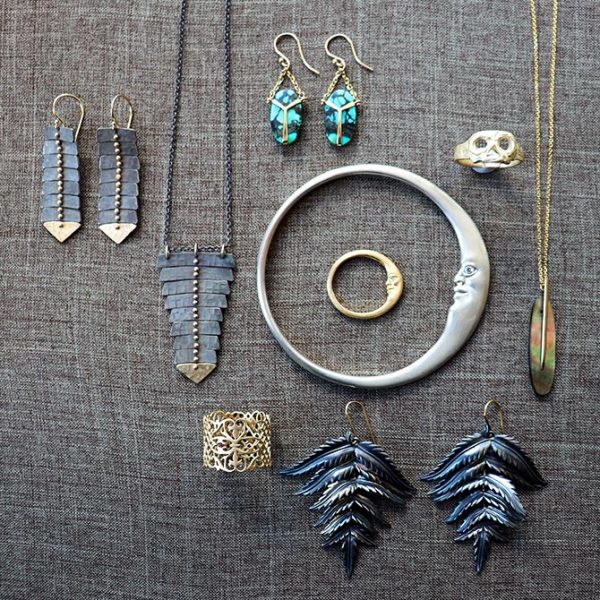 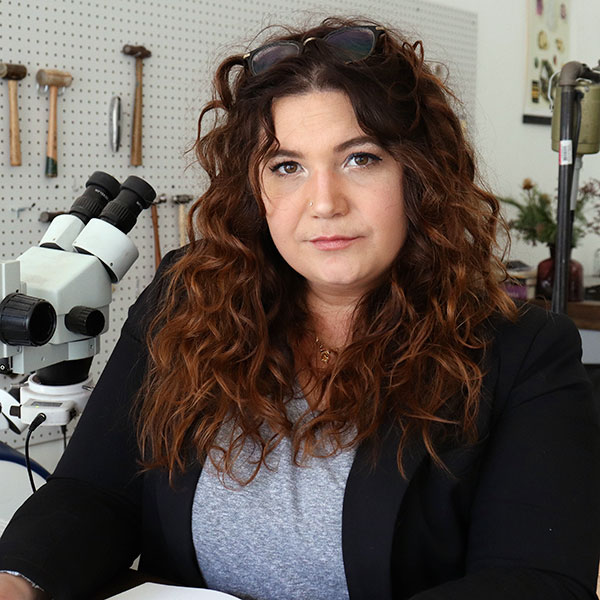 “I knew that I wanted to be by the water, even though this isn’t a high-foot-traffic area. The energy here is really amazing,” says Morgan Mikula, jewelry designer and owner of Facets of Earth, her retail shop and studio. The store/studio is steps away from Rondout Creek, a tributary of the Hudson River. It’s a bustling area in the warmer months, with many visitors to the restaurants, art galleries, and boutiques. But in winter, humans are few and far between. And Mikula is the only independent jeweler for miles.

Mikula graduated from Indiana University of Pennsylvania with a bachelor’s in fine arts in jewelry and metalsmithing, then started working as a polisher at Jared the Galleria of Jewelry in Pittsburgh. Creating her own designs was always the goal—as was moving to New York, which she and husband Brian Donahoe did in 2015. She began doing custom work after arriving in the Hudson Valley and continued ­creating her own designs while working for Hudson Valley Goldsmith, an independent jeweler in New Paltz, N.Y. As her private clientele grew, she realized that she needed to “take the leap” and create a studio and shop where people could purchase not only her work, but also the work of other artists. She stocks Hudson Valley–based designers Rachel ­Atherley, Sherri Cohen, Paloma Mele, Annette ­Ferdinandsen, and Judi Powers, among others, as well as ceramics by ­Cheyenne Malo, Kelly + Jones ­fragrances and candles, and block-printed canvas bags by San Francisco–based Julia Canright. 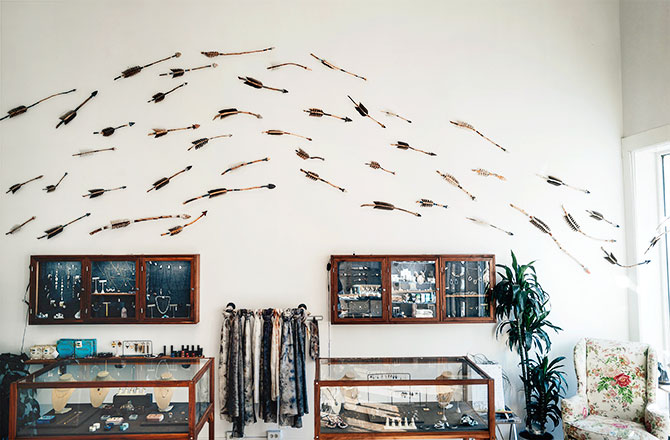 A Little Help From Her Husband

Mikula and Donahoe make a good team. A shipwright with the Hudson River Maritime Museum a few blocks from the shop, Donahoe built the maple bar that runs the perimeter of Mikula’s open bench area as well as the black walnut and glass cases that are home to all the treasures. While Donahoe is not a part of the day-to-day, he is ­Mikula’s “balancing board. I tell him my vision, and he makes it happen.” The shop’s high ceilings and multiple windows make for an airy, light-filled space that seems to walk hand-in-hand with creativity.

The Tucson gem shows are an annual event for Mikula, and the stones she procures are displayed on the gem wall in her shop. “I’m really drawn to the unique stones. It doesn’t have to be something really gemmy and crystal clear,” Mikula says. The showcased finds range from raw ­emeralds, opalized Indonesian wood, color-changing sapphire, and American pietersite to vibrant Fordite, a man-made material also known as Detroit agate, which comprises layers of hardened paint that dripped down when Ford Motor Co. used to spray-paint its cars. “The hardened paint is sliced and then cut into cabs,” she says.

Past the gem wall is a comfy chair strewn with a necklace and Barbie belonging to 5-year-old Avery, Mikula and Donahoe’s sweet daughter who is a regular at the shop. With Facets, Mikula has created “a different approach to a full-service jeweler. A more modern take.” The designer is clearly in her element. “There are a lot of great jewelry designers in the Hudson Valley. I really love offering a home to those designers.” Mikula has plans to expand Facets, but is mum on the details. For now.