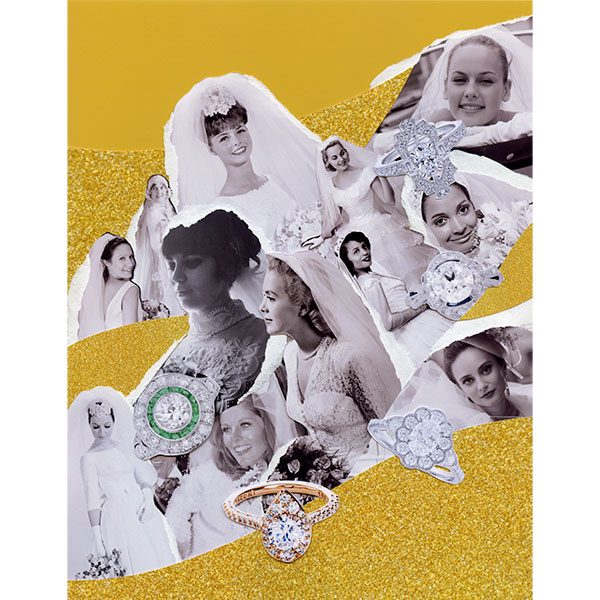 Since the mid-20th century, selling diamond rings to brides has formed the backbone of the jewelry business—and JCK has counseled retailers every step of the way The ancient Egyptians were the first to use a ring as part of the marriage ceremony or contract. In Egyptian hieroglyphics, a circle or circular mark is used to denote or represent Eternity. From that fact has been developed the thought or idea that the wedding ring…because it is circular in shape and hence has no beginning or end…symbolizes the lasting quality of the love that has prompted man and woman to seek unity in the bonds of wedlock.” So wrote William Scheibel in the August 1957 issue of Jewelers’ Circular-Keystone. We have lived with this custom for so long, it’s almost shocking to learn that before World War II, the brid