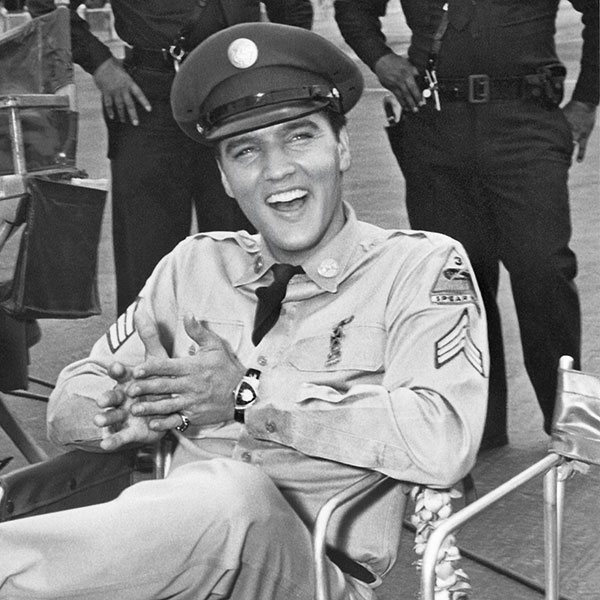 Elvis couldn’t help falling in love with Hamilton, the watch brand that appeared in more than 450 movies When Elvis Presley burst onto the music scene with his No. 1 hit “Heartbreak Hotel” in 1956, no one would quite grasp the everlasting influence of the King on our culture. Of course, he spent as much of his career on screen as he did on stage, in such films as Love Me Tender and Blue Hawaii, where this behind-the-scenes pic was snapped in 1961. This is the Elvis that overwhelmed women worldwide with his heartbreakingly handsome looks—and fans took in every detail, down to his iconic triangular timepiece, the Ventura, the world’s first electrical, battery-powered watch. Introduced in 1957, the watch was manufactured by American heritage company Hamilton, which built its brand by synchronizing U.S. railroads, military, and aviation. To celebrate the Ventura’s 60th anniversa