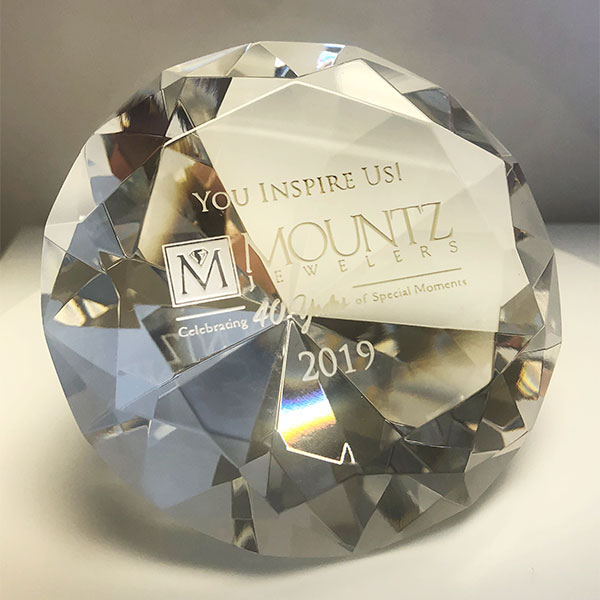 In early February, JCK, in partnership with Diamonds Do Good, announced the inaugural Diamonds Do Good Jewelry Awards honoring members of the jewelry industry who have made charitable giving a successful and sustainable part of their business. The winner was meant to be featured in the ­magazine’s June issue and feted in Las Vegas at the Diamonds Do Good gala during the JCK show.

Alas, we all know what happened to those plans. Once our original deadline of March 12 arrived, it was clear that the spring of 2020 was nothing like we’d anticipated, so we regrouped. After some internal discussion, we came to the (quite obvious) conclusion that recognizing companies that have embraced a philosophy of giving back was more important than ever. We extended the deadline to June 30, then pored over a raft of submissions that, truth be told, brought us to tears.

Jewelers have always been the giving kind—quick to donate time, money, and jewels to local causes. Even so, when we read the entries, we were gobsmacked by how much good our industry has done for countless individuals and charities around the country and the world.

Choosing a winner among the dozens of submissions was no small feat. Which is why in addition to selecting a winner, we also chose a first runner-up and a second runner-up, Bay Hill Jewelers in Orlando, Fla., and Perry’s Diamonds & Estate Jewelry in Charlotte, N.C., respectively.

We were extremely moved by Bay Hill’s entry, which detailed the lengths to which owner Stacey Papp has gone to help foster children in her community. In 2004, she founded the Bridges of Light Foundation to raise money for abandoned, neglected, abused, and at-risk youth and families. After the 2016 Pulse nightclub shooting in Orlando, in which 49 people died, Bay Hill gave four-year college scholarships to three children who lost a parent that night.

“We continue to make ‘pulse hearts,’ where the money is placed into an account in which we hope to award another student in the future,” Papp wrote in her submission.

Perry’s impressed us with the sheer volume of money the company has been able to raise for nonprofit organizations over the past four decades—an amount that Hadley Perry Pacheco, the daughter of owners Ernest and Priscilla Perry, estimated at $50 million.

“Perry’s fulfills approximately 100 donation requests each year from various charities with jewelry or gift certificates,” she wrote in her submission, which explained how active her parents are in Charlotte’s nonprofit community. “Ernest frequently contributes his time as an auctioneer, a skill that is both entertaining for charity event guests and a highly effective fundraising tool for nonprofits. As an auctioneer, he is instrumental in helping each event raise an average of $250,000.”

To commemorate the company’s 40th anniversary in 2019, owners and siblings Ron Leitzel and Tonia Leitzel Ulsh opted for an unconventional celebration: Instead of having a sale, they created a community gifting campaign, dubbed #Inspire40, in which they “recognized and surprised 40 inspiring individuals and organizations with a personal, hand-chosen Mountz gift as a thank-you for making their community stronger, brighter, and more dynamic,” Tonia wrote in her submission.

Among the individuals and ­organizations the Mountz campaign honored were Sondra Wolfe Elias, who’s helped develop a wellness program for patients with Parkinson’s disease; Lily Jordan, a pediatric cancer patient who created an informational and uplifting awareness campaign about childhood cancer; and Floyd Stokes, founder and executive director of the American Literacy Corp.

Both Leitzel and Ulsh emphasize that the people they chose “are leading by example” and “not doing things for recognition,” a philosophy that dovetails with their own approach to charity. “Going back 40 years to the beginning of our business, it was always part of our belief that you have to support the community,” Leitzel says. “It was never part of our thinking that we’re doing this to get more business.”

And yet, the company’s commitment to giving inevitably resonates with clients, not to mention employees, who often share “how proud they are to work for a business that cares so much for the community,” Ulsh says.

The pay-it-forward aspect of Mountz’s #Inspire40 campaign made a strong impression on us precisely ­because “they are doing it themselves but then reinforcing the message of how important it is that everyone else also give back to their community,” says judge Caryl Capeci, CEO of Chow Tai Fook North America.

That’s the kind of inspiration we could all use right about now.