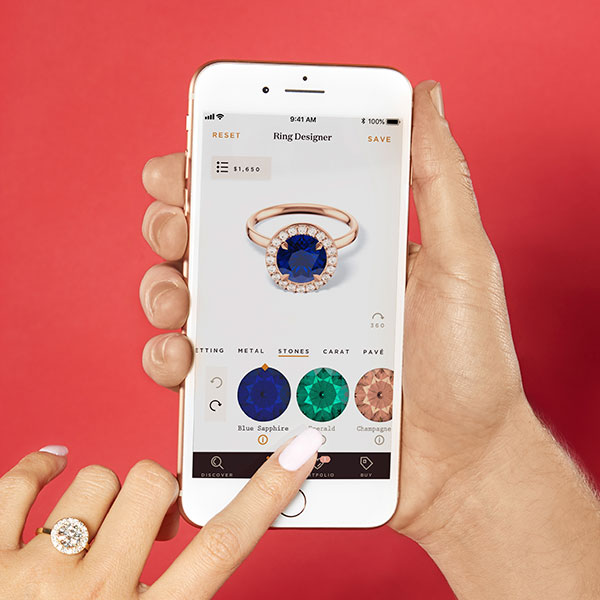 In August, at press time, the COVID-19 pandemic was still ravaging some areas of the United States, with many jewelers having to temporarily close and customers afraid to leave their homes. As a result, jewelry stores—even those that were traditionally cyber-shy—have increasingly turned to online tools.

A key part of Signet’s cyber-strategy: virtual appointments with company sales consultants. “Our customers can go on the site and say, ‘I want to talk to the store manager at Stonebriar mall in Dallas,’ and they can set up a video conference, and then they can pick up the item at the store,” says Signet executive vice president of store operations Bill Luth. “We went from customers not even being aware of [virtual appointments] to doing tens of appointments a day to now thousands of appointments.”

At press time, Signet had booked more than 100,000 virtual appointments.

But it’s not just major players that are becoming more web-savvy. Smaller stores are holding online trunk shows on Facebook and Instagram. Many are now active on Zoom—the videoconferencing software that’s become ubiquitous in the age of COVID-19.

Oliver Smith, owner and president of Oliver Smith Jeweler in Scottsdale, Ariz., has been doing Zoom auctions of vintage watches and jewelry and recently added a chat function to his website. He has been “blown away” by the response.

“We sold $60,000 in watches the first month,” he said on JCK’s podcast, The Jewelry District. “We sold a watch to a guy in Alaska that we never would have met, and never would have been able to do anything with, if it hadn’t been for that chat feature.”

Westime, based in Los Angeles, recently held an invite-only Breitling happy hour over Zoom for 30 loyal customers. Each was sent a kit with ingredients for an Old-Fashioned cocktail. A mixologist joined the call to walk them through the recipe.

Experts are divided on whether, post-pandemic, customers will still favor these tools over traditional types of shopping. De Beers research has found that 59% of younger consumers still prefer to buy diamonds at brick-and-mortar retailers.

But De Beers executive vice president of consumer and brands Stephen Lussier warns that jewelers today need to make their presence felt in both realms. “It’s hard to imagine people going into a store just to look,” he says. “They go in with the intent of ­purchasing in advance. I think the connection between the in-store world and digital world will blur even more.”