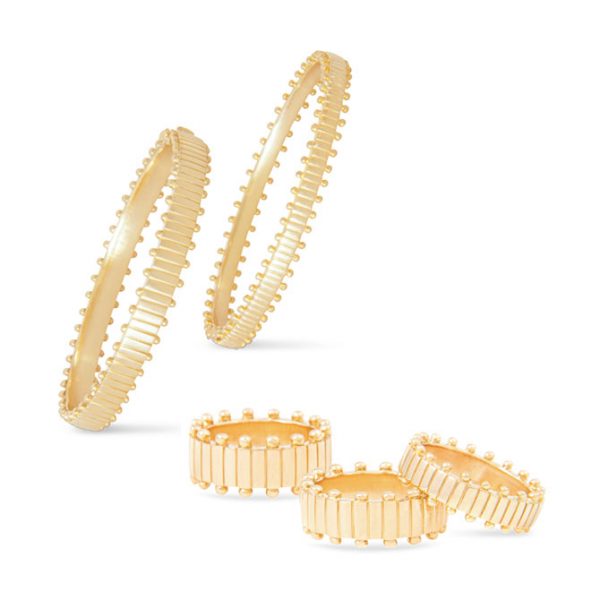 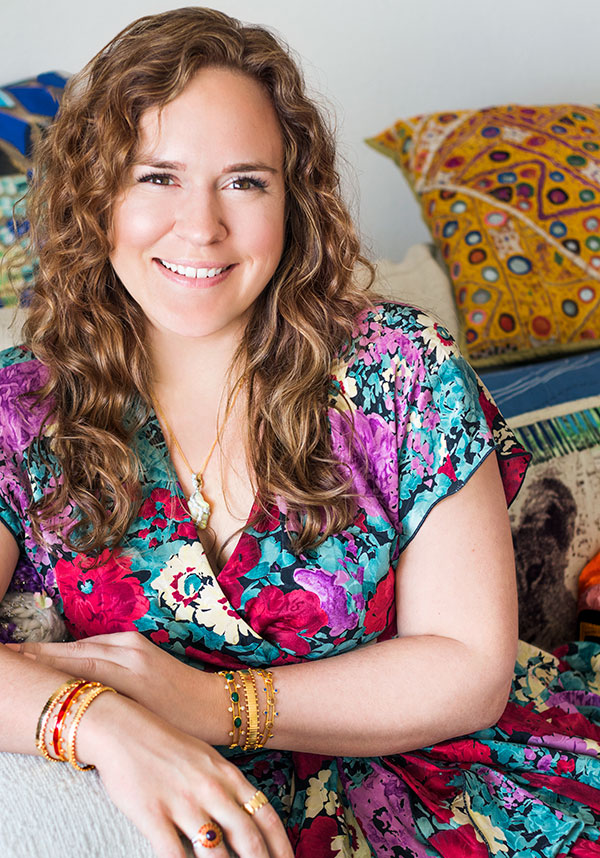 Most teenagers see getting grounded as a bummer. Melissa Spalten saw it as an opportunity: “I made cuff bracelets the whole time I was stuck at home,” laughs the 32-year-old designer behind the West Hollywood–based M. Spalten Jewelry. “I used sculpting clay and pressed in little seed beads and glued rhinestones on. It was so fun for me to try to come up with something I could make and wear.”

That kind of defeats the purpose of grounding, but it does make for a fitting anecdote for a future jewelry designer. Known for her colorful, eye-catching pieces, Spalten has been cultivating her distinctive aesthetic ever since she was a young child growing up in San Antonio. “I was really inspired by papel picado”—the Mexican folk art of cutting colored paper into elaborate designs—“Día de los Muertos [Day of the Dead], and the paper flowers at Fiesta,” Spalten says. “It inspired the creative part of my style, down to the way I dressed. I like to change it up a lot and am kind of obsessed with vintage clothes and shopping. I love a big dress—anything with sparkles, color, and embellishment.”

And her jewelry certainly reflects that: Gemstone-­focused and vivid, with celestial adornments such as starbursts and cometlike designs, these aren’t pieces for minimalists. Think spiky chandelier earrings festooned with otherworldly moonstones and punky black diamond pavé, or a stunning ombré tourmaline pendant necklace surrounded by baguette diamonds and set in rose gold.

“I like to create really unique pieces that make you smile and feel special,” Spalten says. “Things that are ­conversation starters that make people say, ‘Ooh, what is that?’ I’m not really driven by trends.… I think about what I would want to wear and how I can take that idea and make it unique, yet modern and accessible.”

It’s a refreshing sentiment at a time when some ­designers chase what they think customers want, creating large something-for-everyone collections that favor crowd-pleasing over innovation. “M. Spalten is for someone who’s interested in fashion, someone who’s not afraid of color, someone who’s more into the piece than the name on it,” says Spalten, who tightly edits each of her collections to preserve the one-of-a-kind vibe. “Each piece is a little work of art in itself.”

Her journey from jewelry lover to jewelry designer was fairly straightforward. Spalten’s mother, Mary, used to make beaded necklaces for fun and took 5-year-old Melissa along on her trips to the bead store, where the kindergartener would pick out supplies to make bracelets and other trinkets. She eventually graduated to sculpting clay and created pendants and cuffs (“I just loved making things with my hands”); after a brief detour studying retail merchandising at the University of Texas at Austin, she transferred to the Fashion Institute of Design & Merchandising in Los Angeles to specialize in jewelry design.

“I realized I just wanted to create, and studying the business side was not working out for me,” Spalten says. “At FIDM, I took metalsmithing and other design classes, and it was great to have that foundation to know how things are made and to have set a few stones—it helps when I’m designing to know how things actually go together.”

Soon after graduation she officially opened her company, M. Spalten Jewelry, in 2011, working out of her home and specializing in luxurious silver pieces inspired by estate ­jewelry. Spalten drew her designs, then took them to the jewelry district in downtown Los Angeles to have them made; she also eventually found a manufacturer in Bangkok, and had pieces made there as well.

By 2015, she was selling her jewelry at boutiques on the East Coast as well as in Texas, but found herself at a crossroads. “My line wasn’t fine jewelry, but it wasn’t fashion jewelry either,” Spalten says. “I was using real gemstones, but they weren’t crazy-rare ones—like amethyst instead of ruby. So the pricing was a little confusing to people.” Her customers were also becoming more vocal about their preferences. They loved M. Spalten’s designs, but wanted to see them in gold. “My silver pieces were chunky, and it was just too expensive to re-create that in gold,” she says. “So I worked on doing the same kind of unique pieces, but scaling them down.”

Which is how she arrived at her brand’s current iteration: gem-heavy showstoppers, earthy elemental pieces, and the latest addition, the relatively unadorned Ribbon collection of matte gold bracelets and rings that can stand alone or be layered with her core line.

“I want my pieces to look like you have heirloom jewels from your fabulous, well-traveled grandmother,” Spalten says. “But I also want them to be modernized—a more polished version of this global, eclectic look that I want to cultivate.”

Rolling With the Stones

Her design process always starts with the gemstones, which she sources during Tucson gem week, the Bangkok Gems & Jewelry Fair, and other trade shows. She lays the stones out on a table in her workspace, so she can walk past and think about ideas before she actually gets down to the serious designing. She then takes a photo of all the stones and makes several copies, as she draws directly on the photocopies to create her designs. “I feel like that’s the only way to get the design and colors right,” she explains. “Finally, when I’m ready, I like to turn on music”—­everything from classical to the Flaming Lips and Talking Heads to ’90s gangsta rap—“light some candles and get into the mood. Anything that helps me get into that creative zone.”

As for the stones themselves, she embraces unusual gems. In fact, she considers herself an ambassador of sorts for lesser-known stones. “Rubies, sapphires, and emeralds are gorgeous, and there’s a reason they’re loved, but people should also know they can find gemstone jewelry that doesn’t have to be some crazy auction piece,” says Spalten, who lists Russian uvarovite (a deep green crystalline variety of garnet) and opal doublets as current faves. “Just because something isn’t rare doesn’t mean it’s not beautiful.” She also finds particular beauty in stones with obvious imperfections. “I love stones that have inclusions; I think they’re super inspiring, and you know it’s a natural stone,” she says. “I have a stone right now that has chunks of pyrite inside the quartz, and I think it would be perfect for a ring.”

Spalten’s ultimate hope is that, as individual as her pieces are, her jewelry is seen as timeless—something her clients consider worthy of passing on to their loved ones. “I really do think about something being wearable 10, 20, and more years from now,” she says. “I want to create something that is special to the owner and a work of art, but still high-quality and classic. My pieces may be funky, but I can’t see them going out of style.”