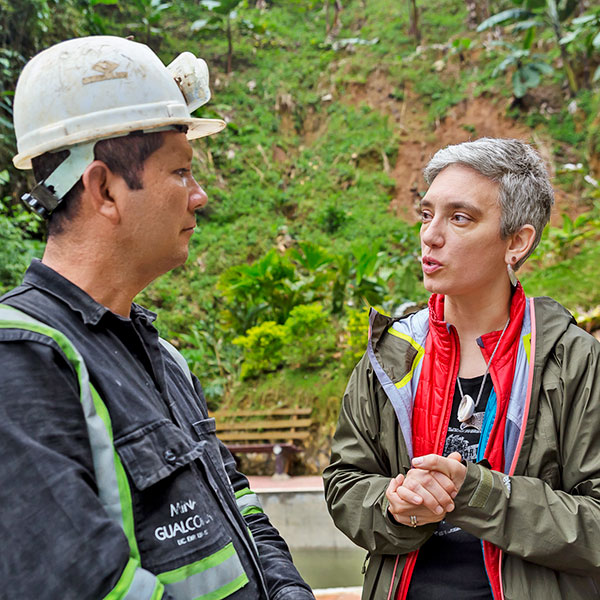 After two decades of quietly giving back to the trade, the JCK Industry Fund is going public with a renewed commitment to funding projects that benefit all jewelers

Since its inception in 1997, the JCK Industry Fund has awarded more than $6 million in grants to organizations working to promote the jewelry industry. Founded at the behest of members of the Plumb Club, who urged the JCK show’s then-leadership to give back to the trade, the fund has largely operated without fanfare.

This year, things are changing. Not only has JCK committed to promoting the fund, thanks in part to a donation campaign that asks every JCK exhibitor to contribute $100 toward the 2019 grants, but also the show has fine-tuned the fund’s mission statement to make clear that grants will be awarded to proposals aimed at benefiting the entire industry over time.

“We’re focusing on grant requests that will drive consumers to the retail counter,” says Yancy Weinrich, senior vice president of Reed Jewelry Group, organizer of the JCK and LUXURY shows (and parent of JCK magazine).

Weinrich says the five recipients of the 2018 grants, which total $240,000 and were awarded in the first quarter of this year, are excellent examples of the type of work the Industry Fund is seeking to promote.

“For instance, we funded Jewelers of America, which has done research around creating a generic jewelry advertising campaign,” Weinrich says. “We’re also looking at things that help consumer confidence, such as the Diamond Empowerment Fund’s ‘Diamonds Do Good’ message.”

In addition to JA and DEF, the 2018 grant recipients include the Women’s Jewelry Association, whose Gender Equality Project is dedicated to helping store owners be better prepared to tackle issues of sexual ­harassment and gender bias in the workplace; the Jewelers Vigilance Committee, in support of its Lab-Grown Diamond Legal Education Program; and Jewelers’ Security Alliance, whose Cybercrime Prevention Training and Information project is helping ­jewelers fight digital thieves.

“There’s nobody [else] out there who helps promote the industry at large to the consumer,” says Michael Lerche, president and chief operating officer of Goldstar Jewellery in New York City and one of seven people who sit on the JCK Industry Fund’s board. “Now we’re going a step further, targeting other exhibitors and retailers to help the future of the business as a whole and get as many people as possible to recognize it’s a joint effort.”