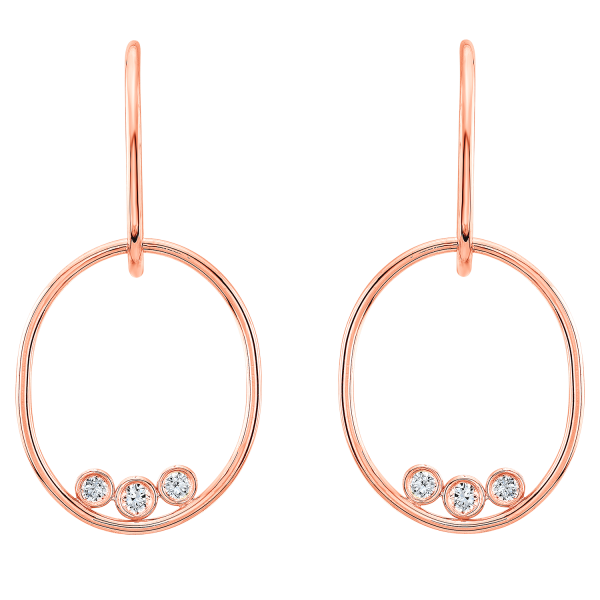 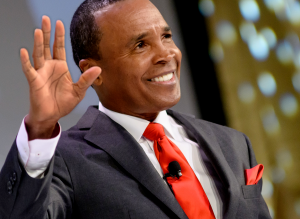 The American Gem Society cranked up the star power for its Conclave 2017 in Los Angeles, with appearances by Jay Leno, Sugar Ray Leonard (pictured), and a slew of experts aiming to help jewelers navigate the challenging new retail landscape.

The annual event was held April 5–8 at the Loews Hollywood Hotel.

Leno appeared on the event’s first day, delivering an hour of rapid-fire one-liners covering everything from smart refrigerators to Donald Trump (“The Amazing Racist”). He also auctioned off tours of his car collection for charity, collecting a total of $30,000 for the Make-A-Wish Foundation.

Leonard’s widely praised keynote described how he met the difficulties of a champion boxer’s life head-on.

The group’s annual President’s Dinner featured members dressed up as characters from their favorite films, from Star Wars to Pulp Fiction. The rest of Conclave was, more or less, devoted to business.

The organization gave the Robert M. Shipley Award, its highest honor, to former president Cathy ­Calhoun, owner of Calhoun Jewelers in Royersford, Pa. “I can’t believe I have nothing to say,” said Calhoun, who seemed genuinely shocked and moved by the honor. “It’s hard for me to even comprehend this.” Presenting the award, former Shipley winner Clayton Bromberg joked, “Shy, timid, quiet, and modest. Those words have never been used to describe our 2017 Shipley Award winner.”

Breakfast keynote speaker and consultant Scott McKain said that retailers today need to create the ultimate customer experience. “Do you know Starbucks doesn’t let baristas wear cologne and perfume the days that they work?” he said. “They don’t want people saying, ‘Man, that cologne smells strong.’ They want people to say, ‘Man, that coffee smells amazing.’ They want that experience.”

Bob Phibbs, aka The Retail Doctor, told attendees they needed to “collect stories from their customers to make a firmer connection with them”: “A guy is looking for a bracelet; that’s not a story,” he said. “But if he’s buying it for a niece, that’s a story.”

In a seminar on email marketing, consultant Ben Smithee, CEO of The Smithee Group, warned that consumer communications should deliver value: “If your subject lines are just promote, promote, promote, sale, sale, sale, how blinded are we to that? I block all that.” Smithee cited Staples as a company that delivers engaging content for its consumers.

Charles Stanley, president of Forevermark US, caused a bit of controversy when he declared, “Some [jewelers] contemplate selling imitations and synthetics, which are not rare. It’s undermining the DNA of jewelers. Jewelers sell precious, rare gems. Synthetics are not gems.”

The event also included a touching goodbye video to the group’s former executive director Ruth Batson, who has retired after 24 years with the organization. “Thank you for all you’ve done for me and for AGS,” said her replacement, Katherine Bodoh.

Next year’s Conclave will be held in Nashville, Tenn. (Additional reporting by Victoria Gomelsky)