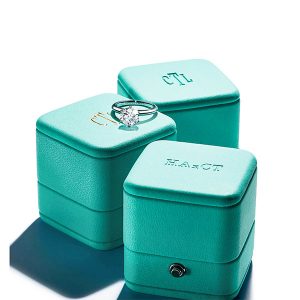 On Nov. 25, LVMH and Tiffany & Co. agreed that the luxury conglomerate will purchase the famed retailer for $16.2 billion, or $135 a share, in what’s being described as the priciest deal ever in the luxury sector.

The acquisition, which was approved by Tiffany shareholders on Feb. 4 but at press time still needed regulatory approval, will end Tiffany’s 32 years as an independent public company. Tiffany has been a rumored takeover target for years, but past CEOs always insisted the brand would remain independent.

This time, though, it appears both sides wanted a deal, and it came ­together quickly. In late October, when the retailer’s stock was ­trading at around $98, LVMH made an unsolicited bid of $120 a share. Tiffany’s board turned that down, but the two sides started talking, and one month later, they shook hands.

According to Tiffany’s proxy statement, its investment advisers reached out to four other possible suitors—including, reportedly, the Warren Buffett–helmed Berkshire Hathaway—but all said they were not interested in purchasing Tiffany at the amount sought. The retailer said it received no other “credible” takeover offer.

On a conference call following the announcement of the ­acquisition, LVMH chief financial officer ­Jean-Jacques Guiony argued that being a public company was holding Tiffany back. (LVMH is also public but does not break out profits for individual brands.) “We [will] not do much better or much differently, but we will enable [Tiffany’s] strategy,” he said. “When you have to do quarterly reporting, it doesn’t help [you take] a long-term view. We expect to bring Tiffany time and capital, which are things that are not that easy to get when you are reporting to the stock market.”

He added that LVMH could learn from Tiffany’s success at e-commerce as well as its expertise at vertical ­integration and responsible sourcing.

The purchase will make LVMH a far bigger player in the watch and jewelry market, where it sees a huge opportunity. Post acquisition, that division will compose 16% of the company’s sales, up from 9%.

Guiony declined comment on what will happen to the company’s current management, including CEO Alessandro Bogliolo, a former executive of Bulgari (which has been owned by LVMH since 2011). Days before the deal was announced, Tiffany recruited former Barneys CEO Daniella Vitale to be executive vice president and chief brand officer.

Speaking to WWD, LVMH chairman and CEO Bernard Arnault said Tiffany has “a lot of improvement to do for the stores. The design of certain stores could certainly be improved.”

And Arnault made another ­comment that likely inflamed concerns about this quintessentially American brand being gobbled up by an overseas owner. “Tiffany is an American icon, which is now going to become a little French, too,” he told Reuters.

LVMH also owns jewelers Bulgari, Chaumet, and Fred, as well as three watch brands. For 17 years, it partnered with De Beers on its retail chain.