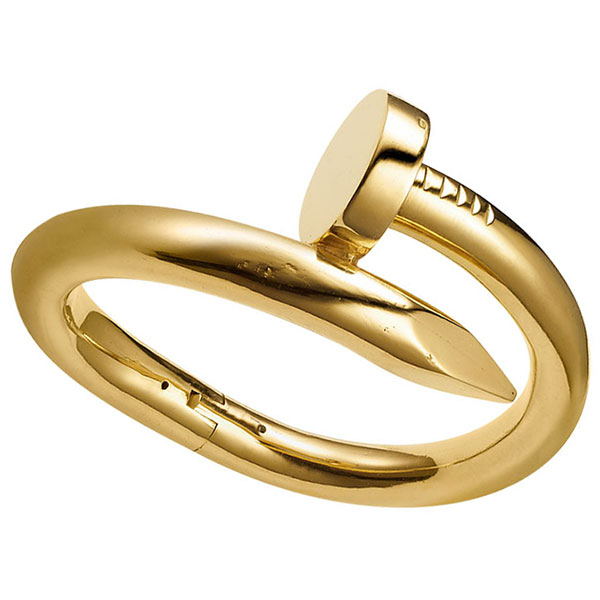 We combed through years of articles for quotes about Cartier; Tiffany & Co.; Gearys; Ben Bridge; and Shreve, Crump & Low

As the publication of record for the jewelry industry since 1869, JCK has chronicled the history and milestones of America’s most celebrated retailers, including brands still thriving in 2019. We poked through the archives to see how we covered five famous stores that have been in business over the past 150 years.

Cartier was founded in Paris in 1847 by jeweler Louis-François Cartier, who handed the business over to his three sons in 1899. The brand quickly became a favorite among the crowned heads of Europe, and Pierre Cartier opened a subsidiary in New York City in 1909. The savvy retailer famously acquired the Fifth Avenue mansion that still houses the flagship store by offering the wife of railroad magnate Morton Plant a double-stranded pearl necklace valued then at more than $1 million. The Cartier family retained ownership of the firm until 1964; it is now part of the Richemont group.

Who are Cartier’s customers? “Sophisticates who appreciate beauty,” [according to president Joseph Liebman]. On one recent afternoon, the Duchess of Windsor, Ingrid Bergman, Sammy Davis Jr., and Juan Trippe all said “hi” to each other in the store. Tony Randall came in not long ago to borrow a diamond necklace that he wore on the Johnny Carson TV show. Cartier’s is working on its image and is careful not to snoot the man-on-the-street who drops in to make a $25 purchase.
—Jewelers’ Circular-Keystone, July 1968 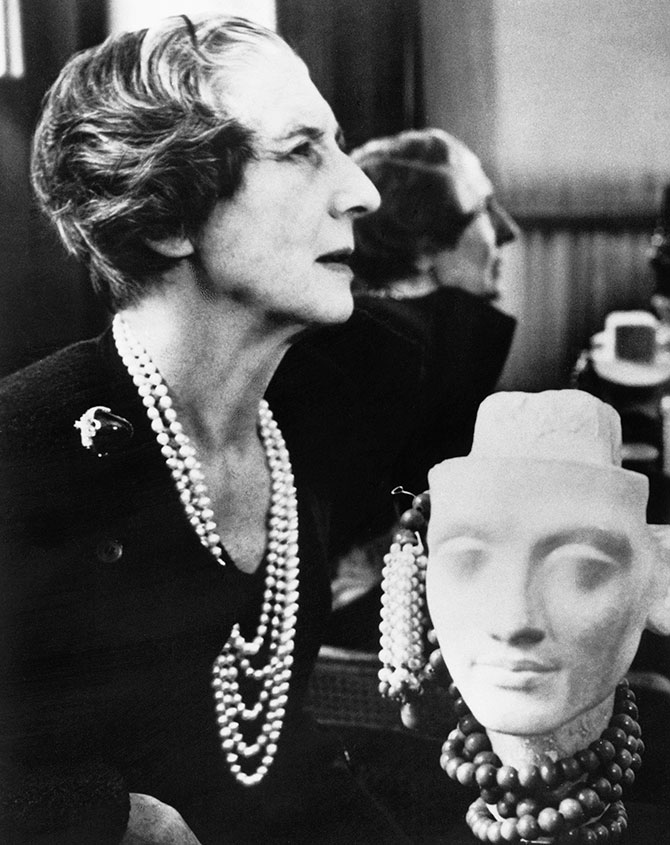 Beyond traditional brooches, rings, pendants, earrings, and necklaces, Cartier’s identification with the Art Deco style was further enhanced when in 1923 it created its Department S, which made everyday objects such as lipstick cases, cigarette cases, powder compacts, and pens. The first director was Jeanne Toussaint, a trusted colleague of Cartier, a friend of Coco Chanel, and well-known among haute couturiers. Known as la Panthère in French, the famed Cartier Panther design was a tribute to Toussaint and her influence in the company.
—JCK, February 1997

The second-oldest jewelry retailer in America (after Bixler’s in Allentown, Pa., which was founded in 1785) traces its roots to watchmaker and silversmith John McFarlane, who opened a workshop in 1796 across from Paul Revere’s silversmith shop in Boston. In the two centuries that followed, Shreve, Crump & Low created commemorative trophies (including the Davis Cup and the Cy Young Award) while serving as jeweler of choice to the elite families of New England. After a period of foreign ownership, Boston native David Walker purchased the business in 2005 and moved it to a townhouse in the Back Bay.

Charles H. Crump of Shreve, Crump & Low Co., is one of the opponents of the project for restoring the street railway tracks on Tremont Street, which were ordered taken up under an act of the Legislature when the subway was finished. He states that the firm removed from Washington Street for, among other reasons, the purpose of accommodating more fully their patrons that come to the store in carriages, and the return of the car tracks to the street tends toward just such congestion as Washington Street suffers from at the present time.
—The Jewelers’ Circular, May 10, 1899

Fifty years ago, there were 115 jewelers in Boston. Today there are 535. Take, for example, the houses of Shreve, Crump & Low, Inc. [and six others]. They do not suffer at all in comparison with the great department stores and other business buildings by which they are surrounded. On the contrary, it may be said, and truly, that the jewelry stores (the word is inadequate to express their beauty) form one of the most attractive features of business thoroughfares.
—The Jewelers’ Circular-Weekly, Feb. 5, 1919

Geary’s Beverly Hills opened in 1930 as a small neighbor-hood shop on Beverly Drive offering home goods and hardware. By the ’50s, its focus had shifted toward high-end dinnerware, gifts, and items for entertaining Hollywood-style. The store became a leader in the wedding registry business and added fine jewelry and watches in 1997. When Thomas Blumenthal, grandson of a previous owner, reacquired the brand in 2003, he dropped the apostrophe from the name and opened an outpost on Rodeo Drive featuring partnerships with Rolex and Patek Philippe.

Table settings are a ’round-the-calendar promotional device at Geary’s. Not theatrical productions, but simple, pleasing arrangements of functional tableware that might easily be imitated by any busy housewife. Because California homes have one foot in the garden, Geary’s added a gourmet corner to its balcony level: a room concentrated on tools that lend themselves to informal living. This is a man’s haven—for as Geary’s has discovered, every man is a master chef in his own backyard.
—The Jewelers’ Circular-Keystone, December 1952

“I’ve never bought a watch from a website,” [collector Billy] Ruvelson said. He told us his relationship with Gearys, from whom he buys most of his watches, superseded any savings he could find online and that “you don’t get the full experience buying from an online retailer”—by which he meant perks like trips to Geneva to visit the Patek Philippe manufacture.
—JCKonline.com, Aug. 14, 2017

Five generations of the Bridge family still work in the company developed by Ben Bridge, son-in-law of the watchmaker who opened a jewelry store in downtown Seattle in 1912. The retailer, which now has 100 locations in 11 states and Canada (including 30 Pandora concept stores), was purchased by Berkshire Hathaway in 2000 but continues to be managed by Ben’s great-granddaughter Lisa.

Through the westernmost window [of Ben Bridge’s downtown store], passers-by can see Mohamed Shirzadian, Bridge’s diamond setter and jeweler, hard at work. Many of Bridge’s ads feature Shirzadian’s work—and his athletic prowess, which brought him a bronze medal in 185-lb. wrestling in the 1968 Olympics.
—Jewelers’ Circular-Keystone, March 1973

Ben Bridge Jewelers, the Seattle-based chain, marks its 75th anniversary this year. Employees are called—and considered—“business associates.” [The store] seeks applicants with a good attitude. A good candidate must like himself, care about others, and have a sparkle in his eye, someone who can make customers feel good about themselves and about the product they’re buying.
—Jewelers’ Circular-Keystone, November 1987

Tiffany & Co. began as a stationery and fancy goods store, opening in 1837 across from City Hall in lower Manhattan, funded with a $1,000 loan from Charles L. Tiffany’s father. The firm began manufacturing jewelry in 1848 and introduced its signature blue packaging in 1878. Tiffany & Co. made its way uptown over the course of its first century, settling in its current location on Fifth Avenue in 1940. (A showcase on the first floor displays the 128 ct. Tiffany diamond, which Lady Gaga wore to accept an Academy Award in 2019.) The company went public in 1987 and currently has 300 retail stores worldwide.

The quick decision, firmness, and versatility of [Charles Tiffany’s] character are well illustrated by his conduct at the breaking out of the Civil War. While others were vacillating and shrinking from their duty, he had foreseen a prolonged struggle and promptly made arrangements to devote his capital and the facilities of his house to support the government. The elegant showrooms where the arts that wait on peace and plenty had formerly held exclusive sway were transformed into a depot for military supplies. If a jeweled sword or memorial was desired as a recognition of heroic deeds, Tiffany & Co. were generally called upon to make it.
—The Jewelers’ Weekly, Dec. 1, 1886

[Tiffany chairman Walter] Hoving has made his reputation—and remade Tiffany’s—on the premise that taste is not an individual preference. He flatly states: “The customer is not always right. He’s almost always wrong!” Hoving recalls the West Coast owner of a topless bar who wanted Tiffany’s to make pasties for his girls—40 waitresses and 5 dancers, 45 in all. “Doubled, of course,” Hoving remarks after a pause. (Tiffany’s never made the pasties.)
—Jewelers’ Circular-Keystone, August 1973