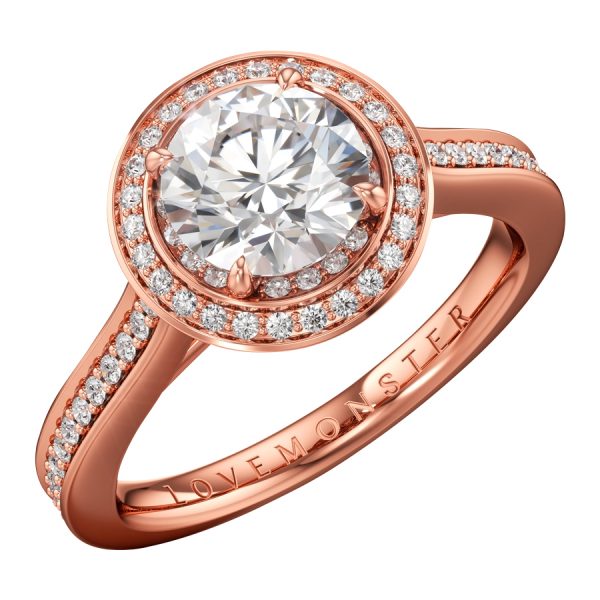 The hottest trends, coolest events, and most noteworthy news to emerge from the 26th annual JCK Las Vegas

While lab-grown diamond jewelers still face an uphill battle in the trade, the JCK show proved that style is the most effective way to silence debates about substance. Exhibit A: Lovemonster, a new consumer brand from ALTR Created Diamonds, a vertically integrated lab-grown diamond manufacturing division of the R.A. Riam Group, headquartered in New York City. Lovemonster engagement rings and jewels feature larger-size, type IIA lab-grown diamonds in chic, minimal settings designed to celebrate “the intensity of love between a modern couple,” says ALTR president Amish Shah. That the pieces “happen to have lab-grown diamonds” is secondary. For mined ­diamond purveyors, those sound like fighting words. —Victoria Gomelsky 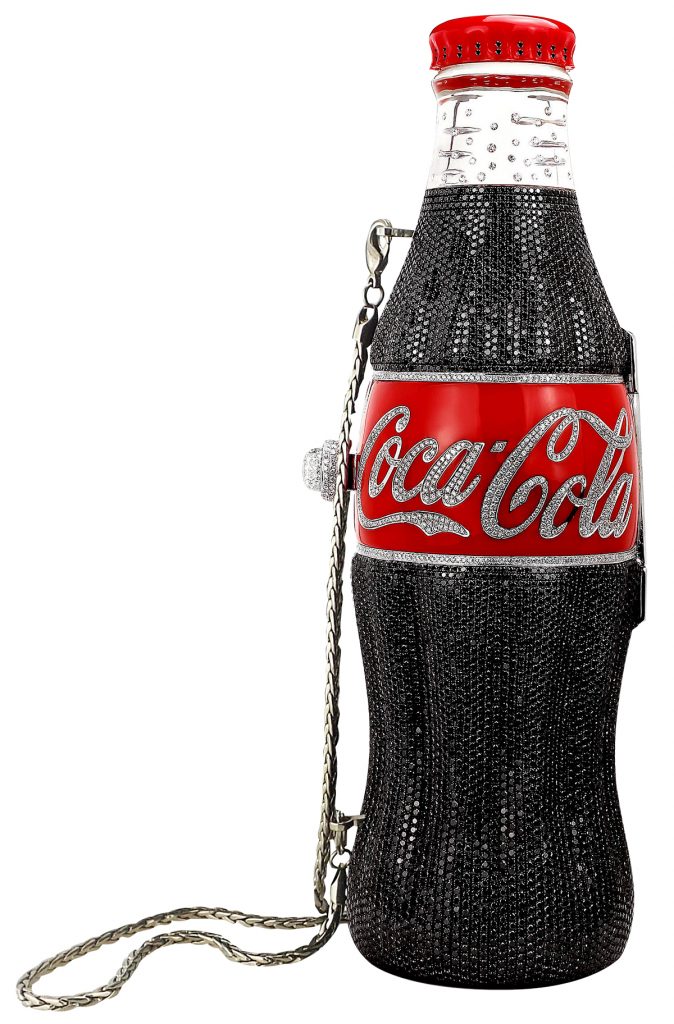 To describe one of the most jaw-dropping objets spotted at JCK Las Vegas, we’ll revive a memorable 1980s tagline: “Coke Is It.” The iconic soda was the inspiration for a $200,000 min­audière cocreated by ­designer and Coca-Cola licensee Kathrine Baumann and jewelry manufacturer Aaron Shum. The bottle-shaped bag—made from Icestrella, a material used in bullet­proof glass—features 120 cts. t.w. micro-pavé diamonds (9,683 in total) set in sterling silver and plated in black rhodium. The pop art reputation of Coca-Cola appeals to Baumann’s ­desire to delight. “If it makes you smile,” she says, “it’s my bag.” —Emili Vesilind

“It is cheaper and just as effective to advertise on mobile devices as it is on desktop.” That’s how Jamie Blomquist, of Google’s marketing solutions team, began her mobile marketing seminar at the Smart Age Solutions booth. Blomquist peppered her presentation with stats (“20 percent of time online is spent on search engines”), but the upshot of her informative talk? “Between 2010 and 2015, footsteps in stores went dramatically down. But sales went up,” she said. “That’s because when someone walks into your store, they’re more prepared than ever to find what they need. The role of digital is helping people define what they want.” In other words, a “digital first” strategy is obligatory. —VG 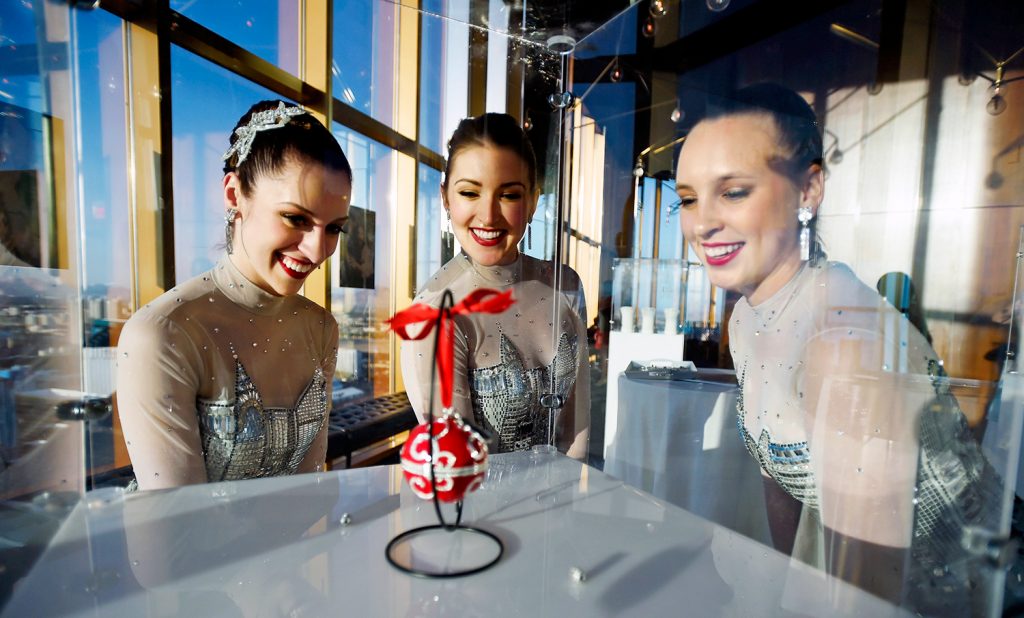 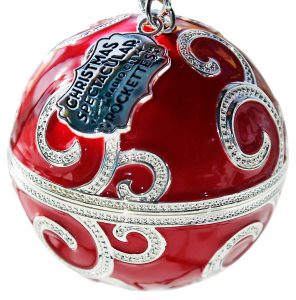 Dancing girls are nothing new in Las Vegas, but a Sin City appearance by the Rockettes, the famed high-stepping dance company that regularly performs at New York City’s Radio City Music Hall, was something special. Just ask those who visited the Pandora booth. The brand hosted three troupe members this year, part of a recently formed partnership between the charm maker and dance company. The collaboration means that Pandora will introduce a Rockettes-themed charm and have a pop-up store at the Rockettes’ annual Christmas show. —RB

This year, JCK Las Vegas featured more than 30 lab-grown diamond ­exhibitors. Fortunately, it seemed there were just as many lab-grown ­detectors. From De Beers to GIA to Stuller to Antwerp World Diamond Centre to Yehuda Diamond Co., inventors showcased a slew of easy-to-use—if not necessarily easy-on-the-wallet—­devices, meant to ensure that man-made diamonds are not inadvertently sold as natural. —Rob Bates 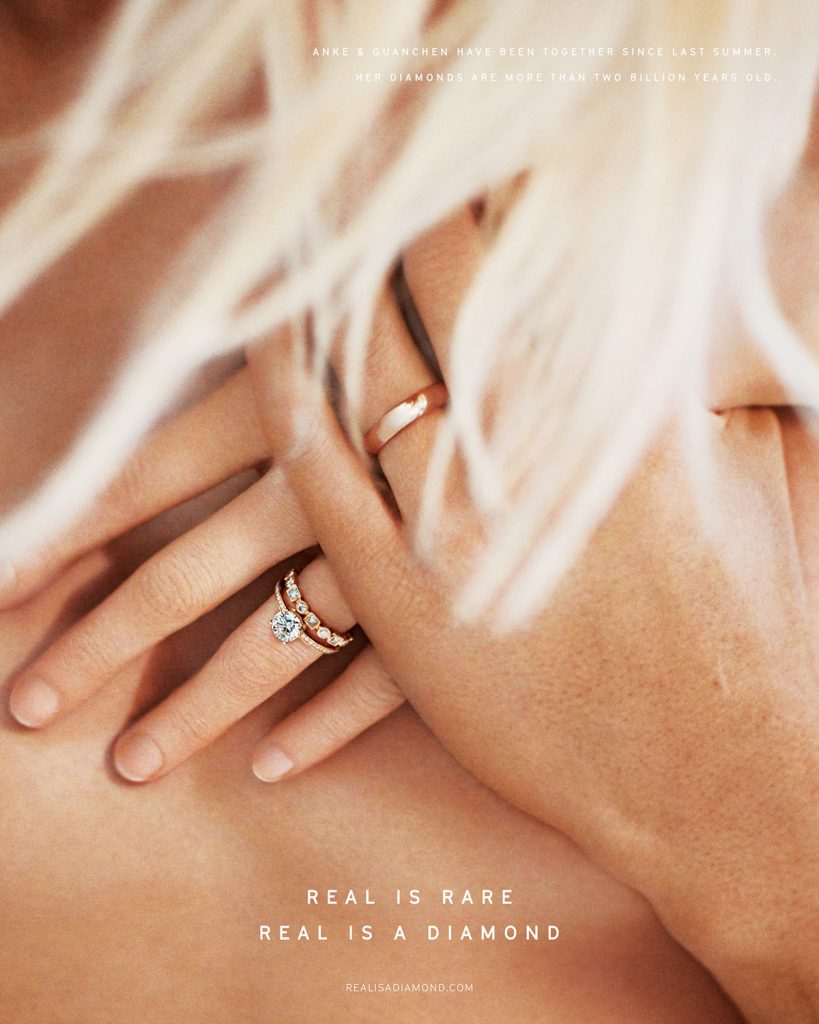 The Diamond Producers Association’s “Real Is Rare” campaign has finally gotten some real money behind it. At the JCK show, the group—responsible for “category-driving” ads for diamonds—announced it has a $50 million advertising budget for the United States this year, enough to roll out new print and TV ads targeting older millennials. The campaign’s first appearance: greeting incoming showgoers on the overhead screens at Vegas’ McCarran International Airport. —RB 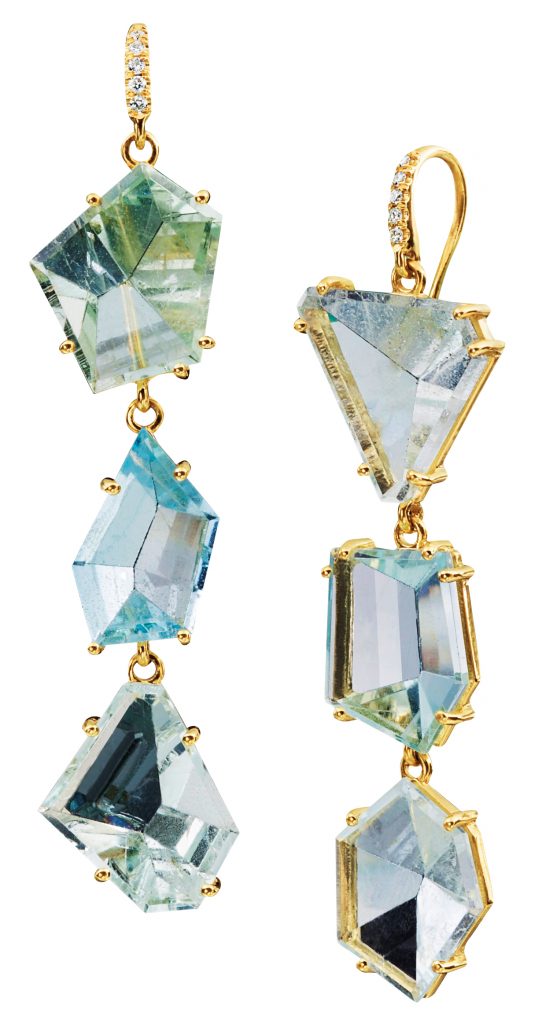 The zeitgeist has spoken: Some years are all about curvy and organic silhouettes—2017 is not one of them. If the collections shown at JCK are any indication, the prevailing shapes among jewelry designers this year feature sharp lines that signal a return to geometry class. Think hexagons, octagons, kites, triangles, even quadrilaterals (bet you had to look that one up!). The ­bridal category, in particular, is rife with them. Whether it’s the settings that are fashioned into angular shapes or the gemstones themselves, the mood is stark, graphic, and structural. Talk about living on the edge. —VG 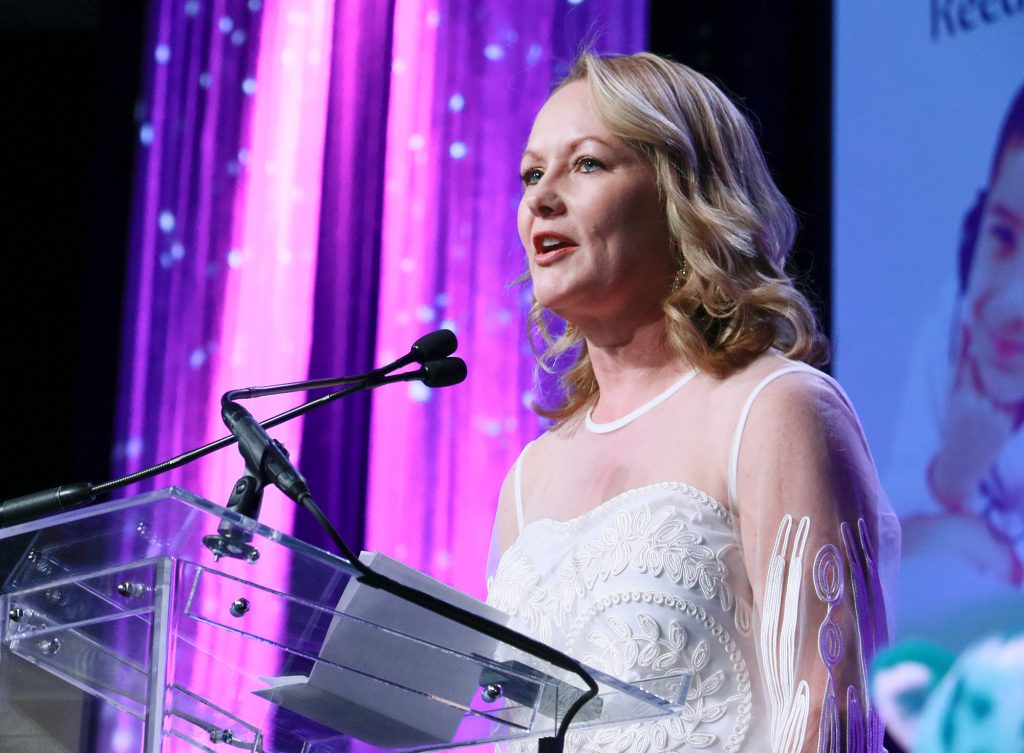 The JCK family beamed with pride when Yancy Weinrich, senior vice president for Reed Jewelry Group, was honored at the June 7 Jewelers for Children Facets of Hope dinner—along with Forevermark U.S. president Charles Stanley. At the event, Nancy Walsh, Reed Exhibitions president for North America, hailed Weinrich for being “intensely focused on her customers” and “all about ­giving back.” Just like Cher, she concluded, “there’s only one Yancy.” —RB 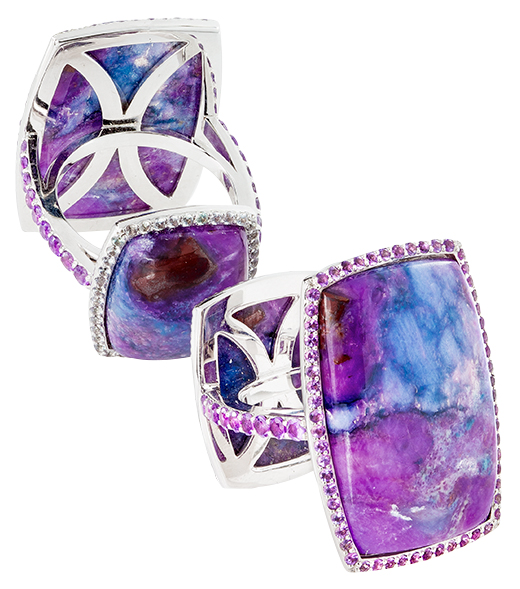 While we’re still thinking pink, and we haven’t given up Greenery (Pantone’s ultra-flattering 2017 Color of the Year), we couldn’t help being drawn to all things purple at JCK. Of course there was plenty of awesome amethyst; but we were also lured in by ­unexpectedly intense sugilite—LUXURY exhibitor GuitaM thought the stone was so nice that she put it on a ring twice!—sweetly translucent lavender jadeite (from jade ­masters Mason-Kay), and the astonishingly rare Argyle violet diamond from L.J. West that appears on this issue’s cover. The best part about going deep purple: It blends beautifully with so many colors, including blue—perhaps the second most popular shade on the show floor this year. —Melissa Rose Bernardo