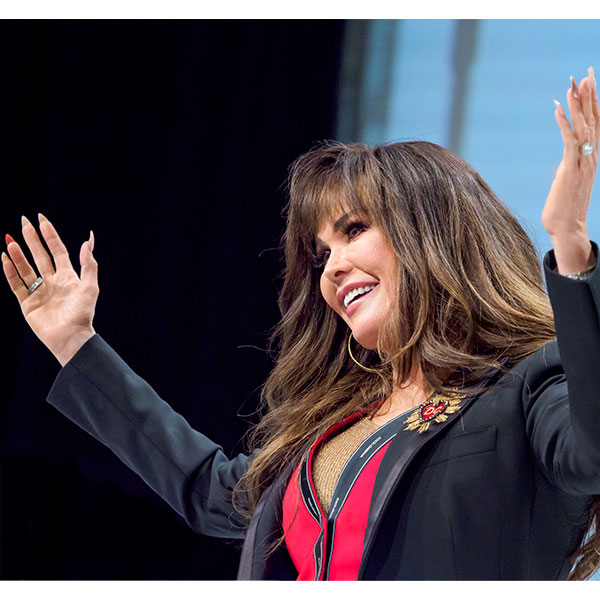 The mood was upbeat as the country music twanged at the American Gem Society’s 2018 Conclave, held at the Omni Hotel in Nashville, Tenn., from April 23 to 25.

After a generally positive holiday season and solid start to the year, just about all the retailers in attendance seemed in a good mood as they met in Music City for three days of education and socializing.

The event featured a different date pattern than in years past (running from Monday to Wednesday, rather than Wednesday to Friday), but otherwise it bore the standard Conclave formula of useful sessions and high-powered celebrity speakers combined with large amounts of camaraderie and insider jokes.

Keynote speaker Marie Osmond opened the event with a candid and sometimes emotional recounting of her entertainment career peaks and personal valleys. She began by confessing she was a fan of the industry.

“I flippin’ love jewelry,” she declared. “What a great profession you all have chosen. You make people happy, and you make them beautiful and feel beautiful.”

She then relayed her struggles with postpartum depression and near-bankruptcy, all of which left her “emotionally damaged enough that I could legitimately sing country music.”

She advised the industry to follow her “five Cs” in life: Champion (“Be great to people, genuinely care about them”); Credibility (“Be a foundation of strength for others to follow”); Collaboration (Work with great ­people); Check your gut (Follow your instincts); and finally, never forget to Chuckle.

Another keynote speaker, world-class guitarist Mike Rayburn, implored attendees to dream big. “When you come up against the impossible, that’s a great time to say, ‘But what if?’ ” he said. “What if there’s something good about your biggest challenge? What if you took that challenge and forced yourself to come up with answers?”

On the event’s final day, Doug Hucker, CEO of the American Gem Trade Association, was presented with the Robert M. Shipley Award, the AGS’ highest honor.

“This is probably one of the ­proudest moments of my life,” said Hucker, who choked up upon receiving the surprise award. He hailed the AGS as “an organization that believes in ethics and education, but it is also about friendship.”

The society’s 2019 Conclave will be held April 8–10 in Seattle. (Additional reporting by Victoria Gomelsky)