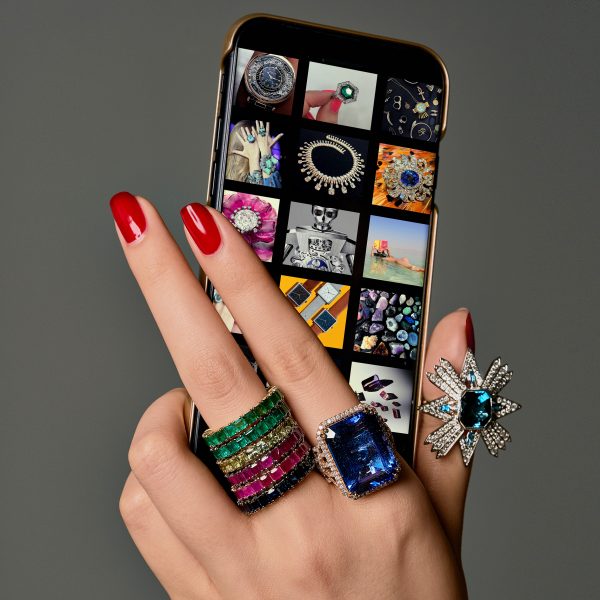 A recent Instagram post from jewelry retailer Bernie Robbins Jewelers showed a young blond woman standing in front of the colorful, whipped meringue–shape domes of St. Basil’s Cathedral in Moscow’s Red Square. The woman’s eyes were closed peacefully to the setting sun, her left arm flung over a shoulder. Gleaming on her wrist was a chunky steel watch. Jewelry brand Gabriel & Co.’s Instagram account (@gabrielandco) was tagged, and the hashtags included #BernieRobbinsJewelers and #BernieRobbins.

The woman was Kristina Smolyar, a social media ­influencer with 14,000-plus followers, who’s based in Philadelphia—near two of the Somers Point, N.J., retailer’s four locations.

The Instagram post—along with several others on both Smolyar’s and Robbins’ feeds—was the product of a partnership between the retailer and the up-and-coming style influencer. Before teaming up with Smolyar, the store collaborated with Philadelphia style-guy-about-town Ian Michael Crumm, who has more than 300,000 Instagram followers, on posts and even an in-store appearance flagging Crumm’s favorite pieces. Crumm was also the store’s face for the Swiss watch brand Tudor in late 2016, when he posted a series of artsy photos of his wrists strapped with Tudor timepieces.

Harvey Rovinsky, owner of Bernie Robbins, says the campaigns with the young fashionistas have “dramatically increased the reach of what we do. We all know that any kind of an editorial mention is more effective than advertising—and that’s what this comes down to. These are people who are using their network to increase our reach.” 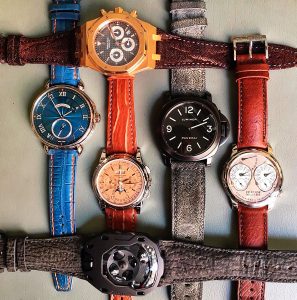 The idea is an old one: Tap a well-known ambassador to advocate for you publicly and reap the brand-building benefits. But with influencer marketing, the ambassador’s face—and role in the campaign—has been updated.

Before social media, companies relied on celebrity endorsements. Today, however, we live in an age when brands can target consumers on Facebook down to the kind of music they like—and it’s been proved that social influencers with huge followings are actually more effective as brand evangelists than, say, Jennifer Aniston or Denzel Washington.

According to a recent report by marketing firm Collective Bias, 30 percent of consumers said they are more likely to purchase a product endorsed by a ­non-celebrity blogger than by a celebrity. And among millennial-age ­respondents, 70 percent strongly preferred influencer ­endorsements over celebrity endorsements. “Consumers can relate to us more than a 6-foot model,” said style influencer Aimee Song, founder of the Song of Style blog, during a panel presentation at a National Retail Federation (NRF) event in January.

The NRF reported that same month that every $1 spent on influencers generates a return on investment of $6.83. Considering that 92 percent of consumers look to social media when making shopping decisions—another statistic from the NRF—the dots connect perfectly. 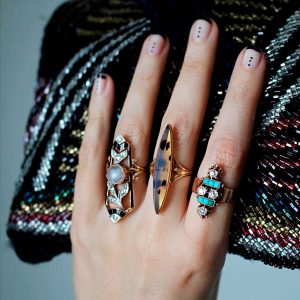 In the jewelry and watch industries, smaller, more tech-savvy brands—presumably those looking for low-cost alternatives to traditional advertising—tend to dabble in influencer marketing far more often than independent retailers and even more established jewelry brands.

Take Barcelona, Spain–based blogger and style influencer Adriana Gastélum, whose Instagram feed is @fakeleather. In April 2016, she posted a photo of a glamorous desktop (featuring all-white accessories and a bowl of ruby-red raspberries) with the caption “Working Sundays with endless cups of coffee & @danielwellington watches. 15 percent off with the hashtag #danielwellington.com with code ‘fakeleather.’ ” The post, one of thousands generated by influencers for the campaign, garnered close to 2,000 likes.

MVMT Watches, another purveyor of watches targeting young and hip consumers, rolled out a similar campaign in 2016. The brand partnered with dozens of Instagram influencers for its #jointhemvmt campaign—which papered the internet with artful pics of wrists in MVMT watches. Each post featured a discount code specific to the influencer, plus the hashtag #jointhemvmt. One of these posts, by professional surfer Anastasia Ashley (@anastasiaashley) in January, earned 6,114 likes alone.

Chanel designer Karl Lagerfeld’s 1-year-old bridal ­jewelry collection, created in collaboration with New York City–based manufacturer Frederick Goldman, partnered with Julie Sariñana (@sincerelyjules) last year on posts designed to introduce the brand to Sariñana’s 4 million–plus Instagram following. Sample post: the SoCal entrepreneur’s hand in a glittering Lagerfeld diamond ring with the caption “Attended the official launch event of @karllagerfeld bridal ­jewelry today and didn’t want to take this ­beautiful one off! #SayYesWithKarl.” The bridal brand re-posted it, and the posts racked up more than 100,000 collective likes (Sariñana’s numbered more than 70,000 alone). Since the collaboration debuted, Sariñana’s posts about Lagerfeld’s bridal jewelry have earned more than 144,000 likes and 1,600 comments on Instagram.

Such success stories are seductive, especially given that most influencers are “paid” in trade, not cash. Rovinsky, for example, works with brands to compensate influencers with merchandise. “At this point, we are not prepared to pay cash to anyone,” he says. 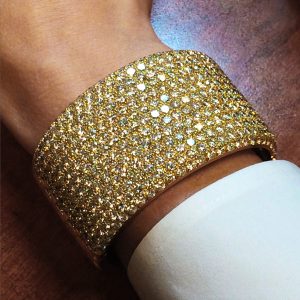 Looks easy, right? Experts say it isn’t—and warn that finding and building relationships with young influencers (whose professionalism varies) takes time and ingenuity. Jana Shaps, an influencer marketing manager for digital branding ­agency Mirum in Los Angeles, works exclusively with influencers, brokering deals between the young and fabulous and brands hoping to harness some of their stardust.

A good campaign, she says, pairs a brand with influencers who would wear a product even if they weren’t being compensated. (Example: Last year, Polo Ralph Lauren, which is steeped in sports culture, collaborated on Instagram with pro rock climber Chris Sharma and wingsuit flier Jokke Sommer—guys you could see in Polo.) “You can tell where an influencer’s passions lie within their content,” Shaps says. “You don’t want to hire an influencer who’s passionate about food to promote deodorant. That comes off as a pure ad.”

And if you’re a local retail business, your influencers should have a fan following in that region. “I’m not interested in someone who has 2 million followers and lives across the country,” Rovinsky says. “We have to focus on our market.”

Thinking local may save you from what Shaps says is a common mistake: overpaying influencers who have huge followings but little power to move units. “Brands allow influencers to gouge them for money all the time,” she says. “They hire someone who charges $50,000 for a single Instagram post…and then wonder where the [consumer] engagement is.”

The bottom line: It’s better to work with an influencer with a smaller following that more closely mirrors your clientele than it is to pay Justin Bieber big bucks to ’Gram for your brand. A post doesn’t have the same reach and power as a magazine ad. So, at least at this point in social media ­history, you shouldn’t be spending ad-style dollars on influencers.

That’s not to say influencer marketing isn’t worth investing in. Reach out to influencers in your area personally, or, if you’re ready to dive in, pony up to work with a growing cache of agencies like Mirum for guidance. A synergistic collaboration can spark a sales flurry and kick off meaningful dialogue about your brand in a space where consumers come to browse, socialize, and discover cool new things.

“When it’s right, it’s right,” Shaps says. “If an influencer can relay a story behind a piece of jewelry and also make it very personal—that’s an extremely powerful thing.” 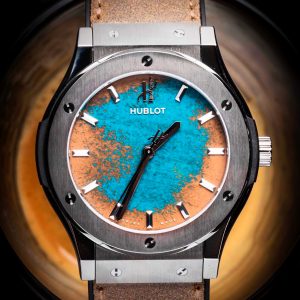 • Liza Urla (@gemologue)
Followers: 90,300
Urla, a Russian-born, New York City–educated Londoner with a gemology degree, maintains a glossy magazine–like Instagram feed to detail her personal style and adventures in jewelry—which take her to trade shows, boutiques, showrooms, and fashion shows all over the world.

• Natalie Bos Betteridge (@jewelsdujour)
Followers: 47,200
Betteridge was formerly the social media manager for her family’s estate jewelry and watch firm, the Greenwich, Conn.–based Betteridge. Her Instagram and blog (jewelsdujour.com) are “dedicated to the discovery and exploration of important jewelry.”

• Becky Stone (@diamondsinthelibrary)
Followers: 74,500
Vintage jewelry and highbrow literature merge on Stone’s popular website, diamondsinthelibrary.com. But her Instagram is all jewelry—guided by her taste for quirkier, more cerebral designs.