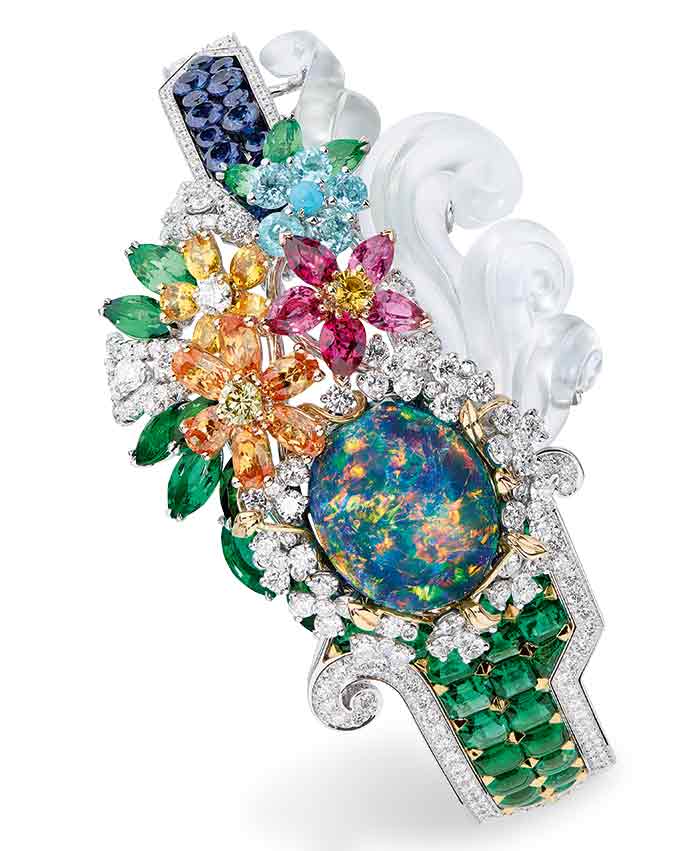 The haute couture presentations that take place in Paris in early July draw the wealthiest buyers in the world. About 15 years ago, the jewelry crowd moved in and began to capitalize on the influx. This year, with at least 20 haute joaillerie presentations— both from Place Vendôme veterans such as Boucheron, Chanel, and Dior and from newcomers including Nirav Modi, Ana Khouri, and Repossi—the City of Light truly lived up to its name, as one lavish display of jewels outshone the next. “It’s so beyond,” says Marion Fasel, founder and creative director of the jewelry website The Adventurine. “If you have to ask the price, you can’t afford it.” 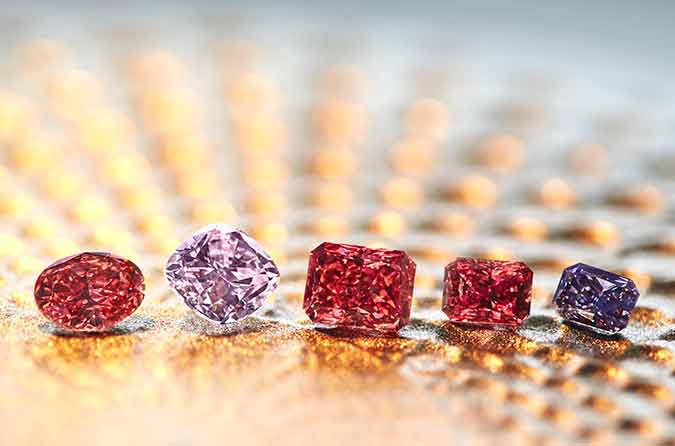 The annual Argyle Pink Diamonds Tender, a showcase of the rarest gems discovered at the Argyle mine in Australia, is something of a misnomer. Of the 58 diamonds that Rio Tinto presented at an exclusive event in New York City in late July, there were four fancy reds, four purplish reds, two violets, and one blue. Among them, the 2.11 ct. fancy red VS2 diamond dubbed the Argyle Everglow (pictured, center) emerged the hero. In the 33-year history of the tender, fewer than 20 cts. of fancy red diamonds have sold, making the Everglow, according to Argyle Pink Diamonds manager Josephine Johnson, “one of the most collectible reds ever.” 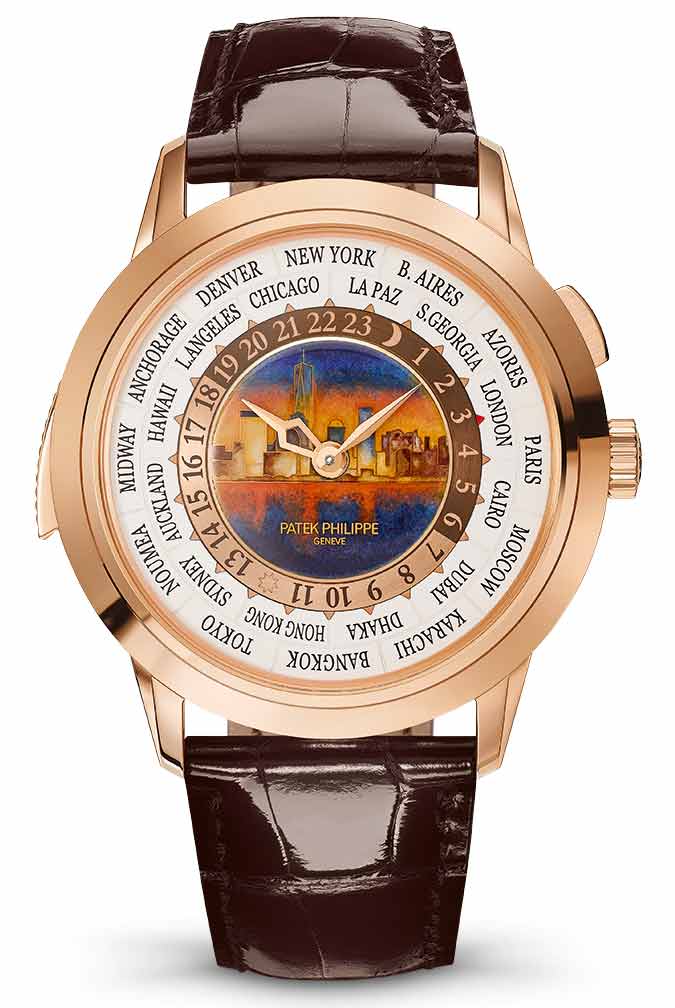 For 11 days in July, the venerable Geneva-based watchmaker Patek Philippe opened a pop-up museum at Cipriani 42nd Street in midtown Manhattan. More than 27,000 people flocked to the “Art of Watches Grand Exhibition New York” to see hundreds of historical timepieces—including a prototype of the Caliber 89 pocket watch and a quartz desk clock made for John F. Kennedy—as well as a raft of special-edition and rare, handcrafted watches created for the U.S. market. A highlight was Ref. 5531R, a world time minute repeater with a cloisonné enamel dial depicting the New York City skyline (pictured). “Every once in a while, you have to show people it’s not some stuffy old world of Swiss watchmaking,” Patek Philippe U.S. president Larry Pettinelli tells JCK. “It’s wearable art.” 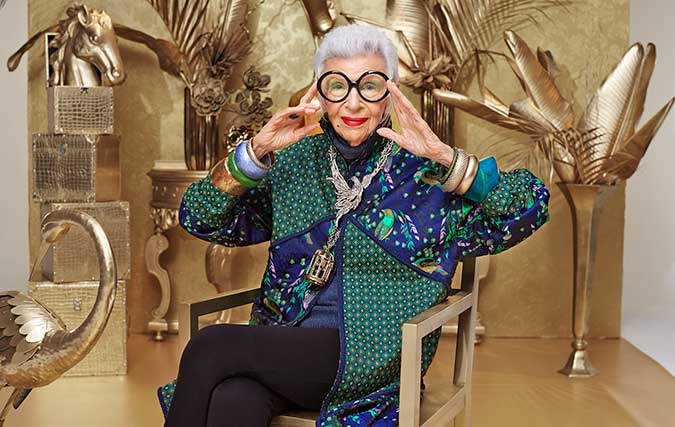 Two long-standing rivals—QVC and HSN—are joining forces. Liberty ­Interactive, the parent company of QVC, has entered into an agreement to buy fellow couch-potato favorite HSN Inc. for $2.1 billion in stock. And while jewelry is no longer the backbone of the channels’ business—it now represents 9 percent of QVC’s sales and 7.9 percent of HSN’s—both remain important to the industry, even if their business model is, like the rest of the retail world, seemingly under siege by Amazon and other e-players. “We are not happy with [our] performance,” said Rod Little, HSN chief financial officer, on a conference call announcing the deal. “It’s part of why we are here today, I guess.”

Its location at Manhattan’s ­InterContinental New York Barclay wasn’t the only new thing about this year’s ­LUXURY Privé. After spending several years at the Waldorf Astoria next door, the intimate show—held July 23–25, in step with the city’s jewelry market week—moved into its airy new space and promptly welcomed a handful of designers fresh to the national trade show scene, including Los Angeles’ Lost Bird Designs, Julie Lamb NY, and Clare Ullman Design. “I think I’ve emerged now,” Lost Bird’s Pam Harris quipped on Instagram, after snapping a photo of her booth. We couldn’t have said it better ourselves.