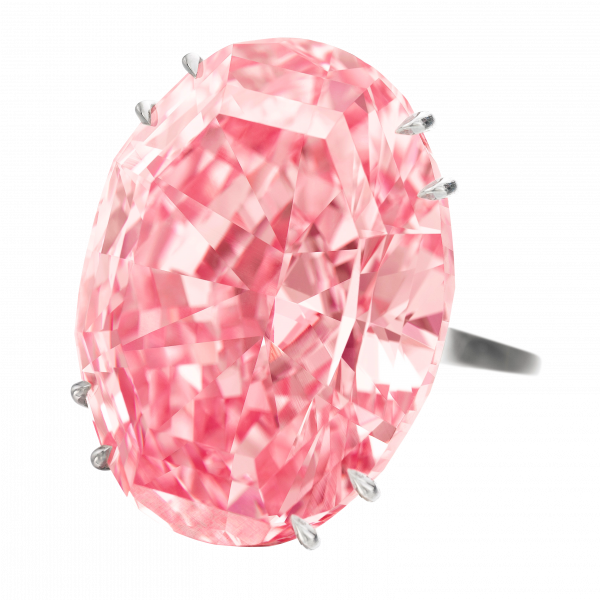 AUCTIONS On April 4 at Sotheby’s Hong Kong, the Pink Star fetched $72.1 million—far and away the highest price ever paid for a diamond or jewel at auction. (The previous world record holder was the Oppenheimer Blue, which garnered $57.5 million in May 2016.) The final hammer price—which surpassed the $60 million estimate—came after five minutes of frenzied competition between three clients. The winning bidder for the 59.6 ct. fancy vivid pink internally flawless oval: Chinese jewelry retailer Chow Tai Fook. After winning the auction, Chow Tai Fook promptly renamed the stone (above) the CTF Pink.   MAJORS Signet is not having the best run. In February, The Washington Post published excerpts from 249 affidavits filed by employees of the jeweler’s Sterling division in the 7-year-old class action, being settled by arbitration, charging the company with gender pay