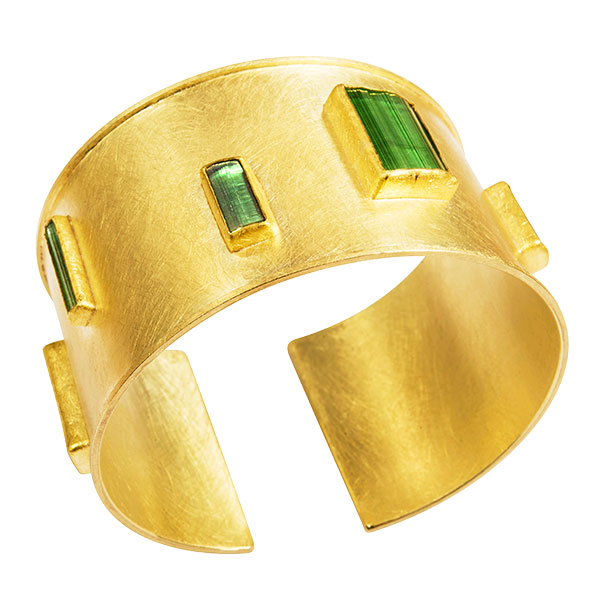 The 2019 Tucson gem shows were defined by larger conversations about ethical mining. Gem Legacy, a nonprofit that seeks to support East African mining communities, debuted officially at JCK Tucson and urged the industry to get involved. Designers were likewise eager to discuss gemstone provenance, from Petra Class’ collection of minty aqua­marines custom-cut in Jaipur, India, to the 10.5 ct. green beryl—hand-picked from a Tanzania mine—in Debra Navarro’s JCK Tucson Design Challenge–winning Vincent ring. As for trends, opals remain infinitely in demand, and emeralds are still on fire. Tourmalines were twinkling everywhere, and rhodochrosite has officially landed on our radar. Get ready. 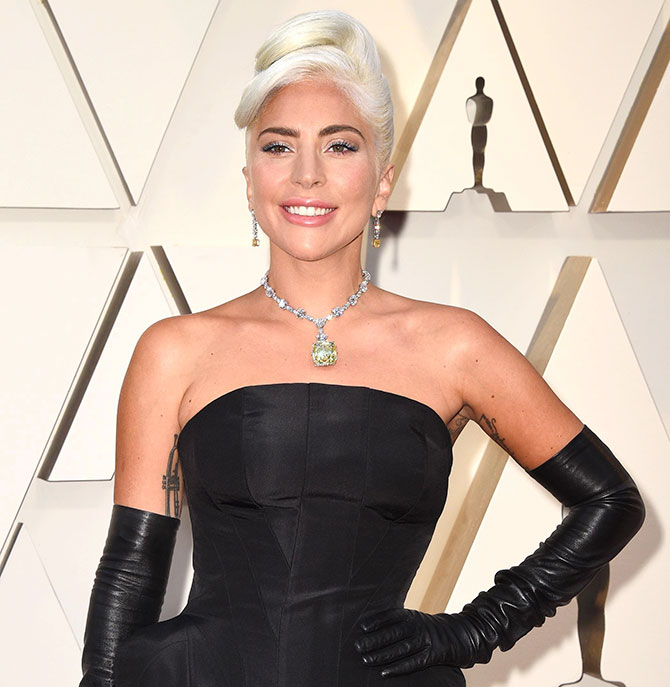 A Star Is Born actress/songwriter Lady Gaga made a splash at the Oscars on Feb. 24 with her homage to Audrey Hepburn: a sweeping updo, elbow-length gloves, an LBD by Sarah Burton for Alexander McQueen, and, oh yes, the 128.54 ct. Tiffany Diamond. Gaga is only the third person to wear the gem publicly. The first was socialite Mrs. Sheldon Whitehouse in 1957; Hepburn later wore the cushion-cut stone in a Schlumberger Ribbon Rosette necklace in Breakfast at Tiffany’s promo pics. The diamond has now returned to its home: a vitrine on the main floor at Tiffany’s Fifth Avenue flagship.

Is 2019 the year of Living Coral? That’s the word from Pantone, which anointed the hue its ­official Color of the Year. While the sunny, energetic shade may seem super-summery, its presence on the fall/winter 2019 runways from the likes of Carolina Herrera, Rodarte, and Marc Jacobs proves that coral isn’t just a seasonal shade. As for its jewelry counterpart, seek gemmy designs ­featuring not only coral, but also morganite, padparadscha, carnelian, and even variations of ­zircon, moonstone, and quartz to make a match. According to Pantone, the color embodies a desire for playful expression—which works quite well for jewelry, too. 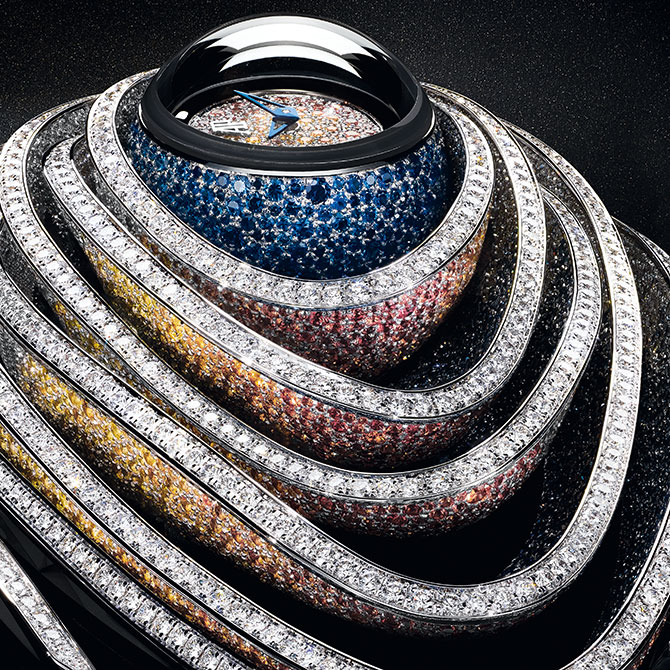 Two Swiss fairs figured: If you’re getting beat up, join up. For years, the watch-heavy Baselworld fair has been held in late March in Basel, while ­Geneva’s Salon International de la Haute Horlogerie has taken place in mid-January, forcing those hardy souls who attend both to travel back and forth to Switzerland twice in the span of three months. Now with both shows suffering notable defections, they have synced up their calendar dates so they will occur back-to-back, starting in late April 2020. The arrangement will run until at least 2024.

In January, Tiffany added a new C to its diamond displays: country of origin. The retailer now provides consumers with provenance information for just about all the diamonds it sells over 0.18 ct.; it wants to eventually add that information to its grading reports. Andy Hart, senior vice president of diamond and jewelry supply, says the reason was simple: Shoppers want to know. “We are seeing a new generation of buyers that cares about the environment, social responsibility, human rights, and labor practices, and they care about the diamond traceability,” he says, adding that proving origin “will allow consumers to make an informed purchase.”