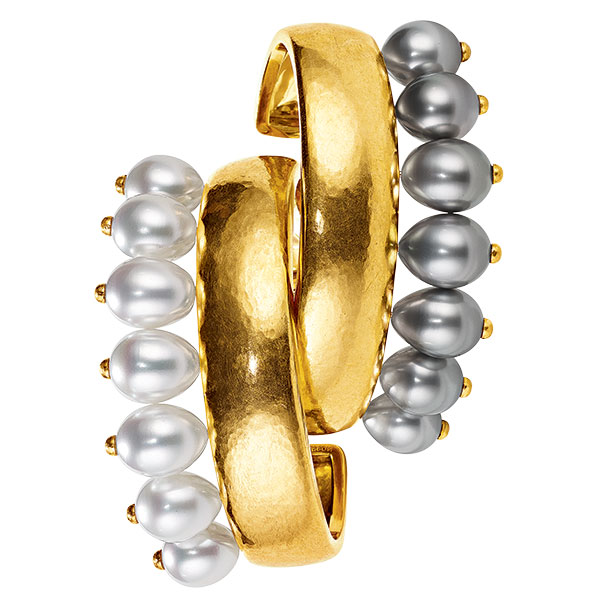 The inaugural New York City Jewelry Week, a November citywide series of educational and art-centric events organized by veteran jewelry curators/event producers JB Jones and Bella Neyman, blanketed Manhattan and Brooklyn with seven days of nonstop happenings (120 in all): an exclusive tour of The Met’s lauded exhibition, “Jewelry: The Body Transformed”; a live talk on made–in–New York jewelry with Town & Country’s Stellene Volandes and artists David Yurman and James de Givenchy; small-and-inspired displays from exciting emerging brands including jeweler/social satirist Johnny Nelson and edgy metalsmith Angely Martinez, who debuted her first collection as part of a showcase spotlighting the Bijules Incubator mentorship; and many more. The jewelry industry is most certainly global, but NYCJW showed that its beating heart stateside is still in the Big Apple.

One NYCJW event treated invitees to a tour of the Verdura and Belperron salons (above: Couronne cuffs with Tahitian and South Sea pearls in 22k gold; belperron.com). 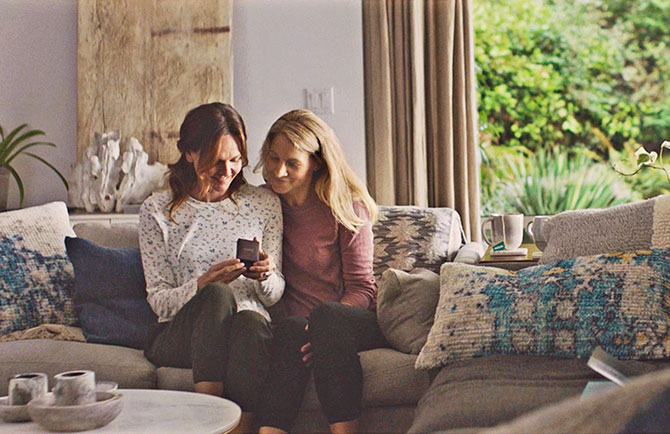 From now on, he’s going somewhere else. In November, Jared the Galleria of Jewelry dropped its sometimes parodied, sometimes derided, but almost universally recognized slogan “He went to Jared.” In its place, ad agency McKinney developed a millennial-oriented campaign called “Dare to Be Devoted,” which is, for owner Signet Jewelers, rather daring, featuring both same-sex and multiracial couples, and, in one ad, a woman popping the question. So is sister company Kay going to ax its similarly well-known (if not always well-liked) slogan “Every kiss begins with Kay”? Spokesman David Bouffard said the catchphrase remains “foundational” for the brand. 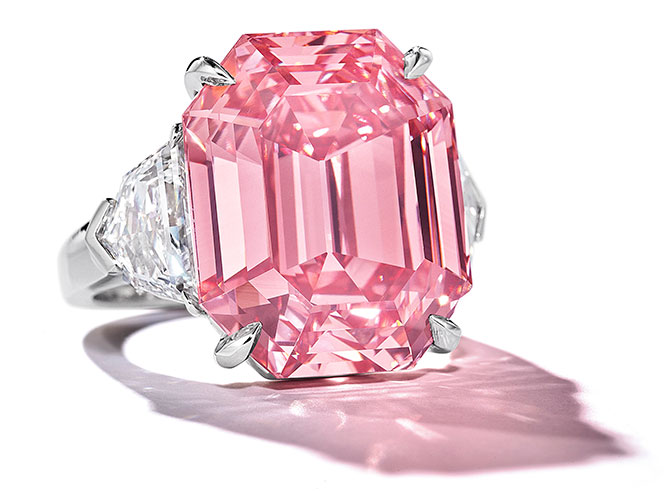 Christie’s had high hopes for the Pink Legacy, and the 18.96 ct. fancy vivid diamond delivered. On Nov. 13, the much-hyped pink gem sold for $50.3 million to Harry Winston—setting a new per-carat record price for a pink diamond ($2.6 million) and topping its $30 million–$50 million presale estimate. Formerly owned by the Oppenheimer family, the now-renamed Winston Pink Legacy joins other notable stones that Harry Winston has purchased—including a 101 ct. D flawless—­following its acquisition five years ago by Swatch Group. 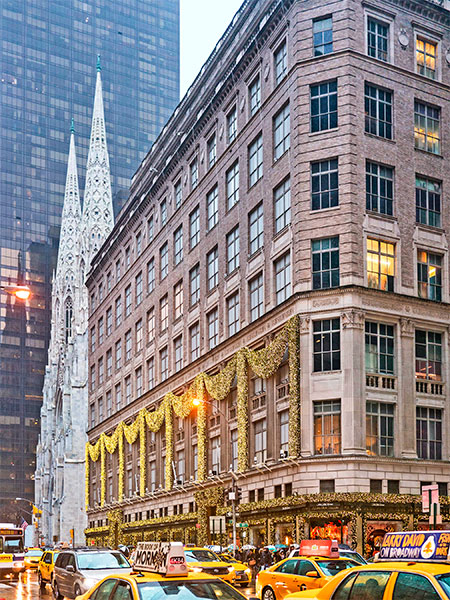 Seems a plum brick-and-mortar spot is still worth launching a lawsuit. In ­October, Cartier filed suit in New York state court against Saks Fifth Avenue. The jeweler complained that its boutique had been asked to leave its desired location at Saks’ Manhattan flagship; when Cartier refused to budge, Saks ­canceled its five-year lease. The department store responded that an extensive renovation mandated the move, and that Cartier had been offered suitable ­alternate locations but had “inexplicably” turned them down. 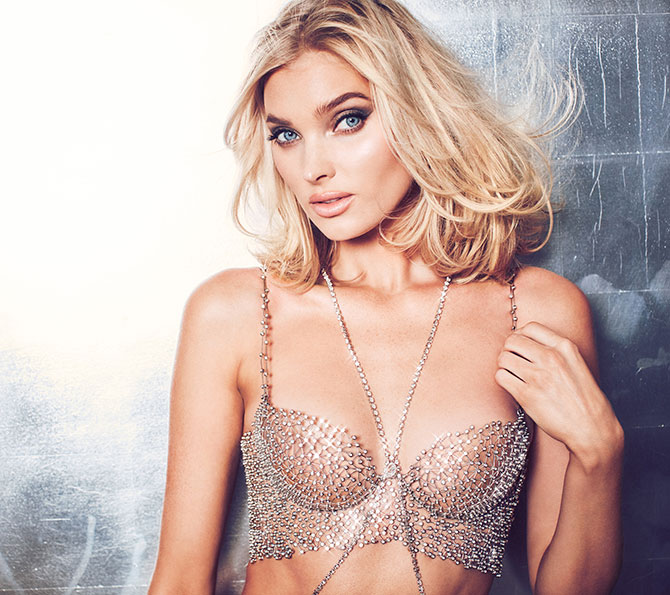 The Victoria’s Secret Fantasy Bra, sported by a ­supermodel at the retailer’s annual runway show, has always been covered in natural gems. But this year, the celebrated undergarment was blinged out with 2,100 lab-grown diamonds from Swarovski. Jason Payne, the CEO of Ada Diamonds, says Victoria’s Secret specifically sought out man-made stones. And given that lab diamonds are generally cheaper than their mined counterparts, this year’s Fantasy creation has been valued at only $1 million—much less than past multimillion-dollar bras.