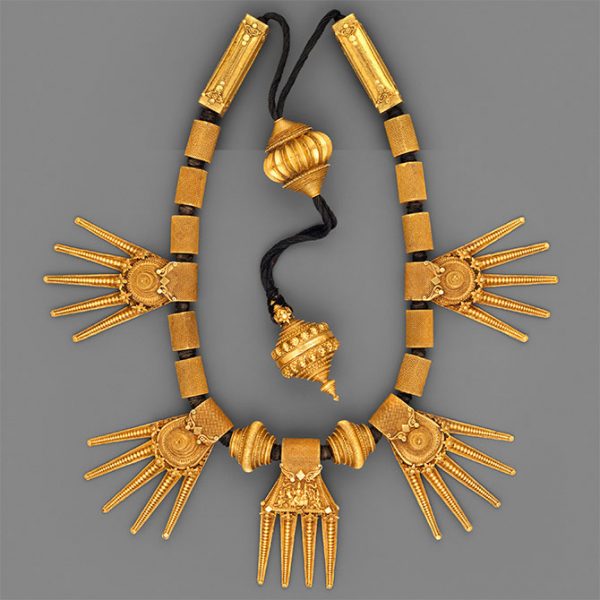 “Jewelry: The Body Transformed,” which opened Nov. 12 at the Metropolitan Museum of Art in New York City, is ­designed to explore how ­jewelry acts upon and activates the body. The dynamic show, which runs through Feb. 24, will investigate the power and purpose of jewelry through approximately 230 objects—culled almost exclusively from the Met’s existing collection. Expect to see headdresses, ear ornaments, brooches, belts, necklaces, and rings made between 2600 B.C. and the present day, alongside sculptures, paintings, prints, and photographs. Galleries will be organized thematically, delving into topics including jewelry’s link to immortality, the ways it symbolizes status and rank, and how jewelry has engendered desire through the ages.

After their Met Ball heist earlier this year, Sandra Bullock, Cate Blanchett, and the gem-filching gang from Ocean’s 8 seem to have stealthily resurfaced at the Emmy Awards on Sept. 17, leaving a trail of naked necks and unadorned wrists in their wake. Bare City, er, Broad City stars Abbi Jacobson and Ilana Glazer wore plunging pastel gowns that demanded above-the-waist bling; gorgeous GLOW nominee Betty Gilpin was earring-less and necklace-less; and black-ish’s Tracee Ellis Ross—well, perhaps most of her jewelry was swallowed by her voluminous Valentino gown. Apparently anyone wearing Lorraine Schwartz was accompanied by a guard, since their statement jewels—including Samira Wiley’s shoulder-duster platinum and diamond mesh earrings and Heidi Klum’s pink and white diamond bib necklace—arrived unharmed. 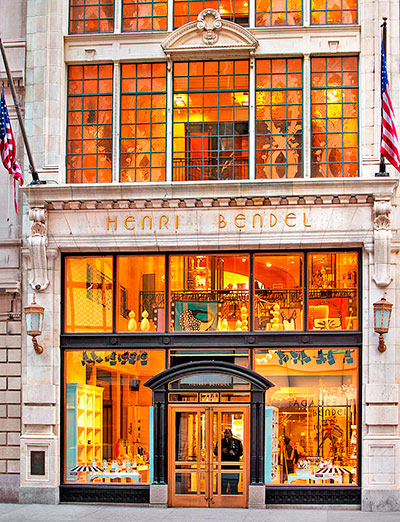 Two legendary retailers are calling it a day. In San Francisco, Gump’s, an iconic local department store that opened in the wake of California’s Gold Rush, filed for Chapter 11 protection in August. While execs still hope someone may buy the store—known for its exotic offerings, including jade and freshwater pearls—its site was trumpeting a “going out of business” sale at press time. On the other coast, New York City’s Henri Bendel was revered as an ahead-of-the-curve trendsetter that once employed Andy Warhol in its art department. But in September, owner L Brands declared it was shutting its 23 Bendel stores, including the Fifth Avenue flagship. According to The Wall Street Journal, one wistful shopper told her son: “You don’t understand what this store used to be.”

Kramer LaPlante, the 26-year-old cofounder of millennial-focused watch brand MVMT, once told The New York Times: “The big watch conglomerates are struggling…with millennials.” At least one conglomerate has figured out what to do with MVMT: Buy it. In September, Movado Group paid $100 million for MVMT, whose watches start at $95, and may pony up another $100 million depending on performance. Not bad for a business originally launched on Indiegogo (where it set a site record by raising $290,000). LaPlante and the brand’s cofounder, 27-year-old Jake Kassan, will continue to run the company, which now also offers sunglasses and other accessories.