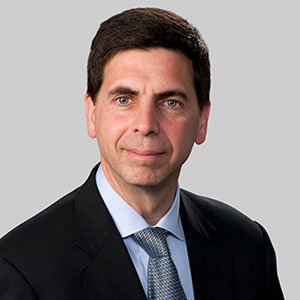 GIA just changed its lab-grown diamond grading reports, but it’s still using a narrower scale for lab-growns than for naturals. Why is that?

If you go back 75 years to when the original scale was developed, the continuum was one of rarity. [A color grade of] D was the rarest, getting less rare with more yellow color. Lab-grown diamonds have no correlation to that. [With] this population, if you want to grow D, you dial the knobs.

We asked: Does it make sense to have a system that was designed for this population distribution of natural diamonds, and apply it to lab-grown? Or, just as happened 75 years ago, do you wait and look at the distribution and then make a [new] system, if the public wants it? Certainly, logically, that would make more sense. What the public wants, we just don’t know.

For the last several years, GIA has had reactors that grow diamonds by the chemical vapor deposition method. Why are you doing that?

Our fundamental goal is to have as deep an understanding as we can of the chemistry of a diamond. We’re doing it for one simple purpose: to make sure the public knows what they are getting. It’s the same objective we have had for a long time.

GIA has reintroduced its ­country-of-origin reports, which it formerly called M2M, or Mine to Market. Have you found a big demand in the industry for that?
That is an area where there really is growing interest. It’s not just in our industry. You see all the brand names who want to know where all the leather in their goods comes from. It’s natural that people want to know where their diamond is from.

We have the only service that uses physical analysis and evidence [of rough and polished] and connects the dots. Maybe a few years ago, we were a little early and/or the program was maybe too complicated. But now it’s been re-energized. The interest is picking up seemingly by the day.