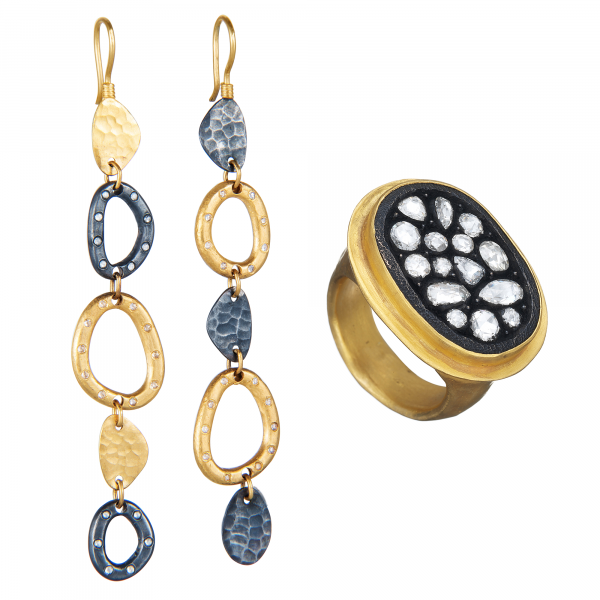 For a quarter of a century, Harari has been doling out surgery-free face-lifts with his glowing gold jewelry designs Over the past few years, Israeli jewelry designer Yossi Harari has been hitting milestone after milestone: In 2015, he celebrated his very own golden birthday, the big 5-0. In 2016, he marked 25 years in business, 15 of those in the United States. So is he stopping to catch his breath? Hardly. He’s poised for an even bigger and busier 2017. It’s a bone-chilling Manhattan afternoon, and, his hands nestling a cup of Starbucks, Harari runs down the lengthy list of upcoming ventures, his back to a window at a Midtown showroom. There’s a revamp of his website, which will include an online store, a project spearheaded by his longtime partner (work and otherwise), Yaron Benit. He’s growing his wholesale business, with a push into Asian and European markets. Also in th