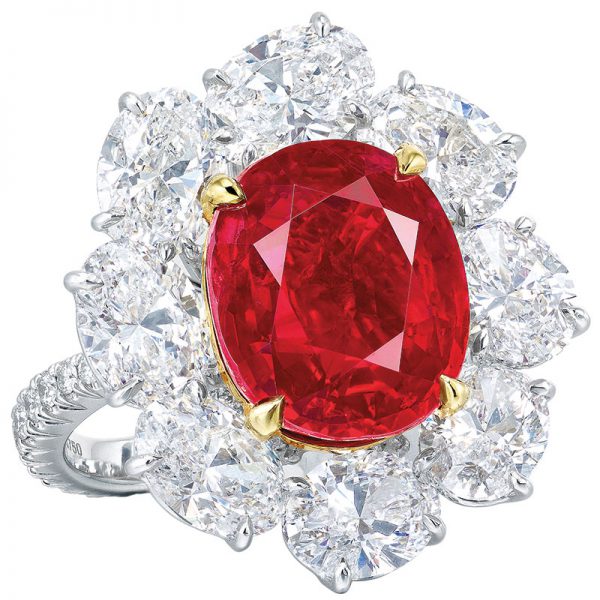 AUCTIONS The Magnificent Jewels sale on Nov. 29 at Christie’s Hong Kong will lead with a stunning 10.05 ct. Burmese pigeon’s-blood ruby ring. The ring, designed by Faidee, is called the Ratnaraj Ruby (above); Ratnaraj means “king of precious stones” in ancient Sanskrit. “Only those rubies of exceptional saturation and natural red fluorescence can be deemed as pigeon’s-blood, and it is particularly rare of a ruby of this quality to appear in over 5 carats,” said Christie’s. The ring is estimated at $8.8 million–$12.5 million. A royal bounty indeed. ACQUISITIONS It started in 1997 as a jewelry company created by two stay-at-home moms. A decade later, Silpada Designs was a $200 million business. But the brand never regained its footing after an ill-fated 2010 acquisition by Avon, and it folded earlier this year. In October, the Berkshire Hathaway–owned Richline Gr