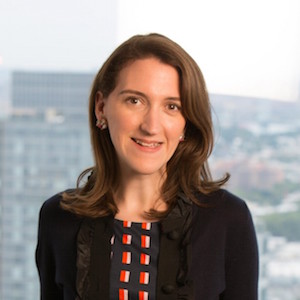 In addition, the networking group, which has long been based Poughkeepsie, N.Y., is moving to New York City.

Bernadette Mack, who has served as the group’s executive director since 2014, has relocated to Virginia and will work with Markas during her transition until the end of the month.

Markas was most recently responsible for sustainability reporting and communications at Tiffany & Co. She was also an event leader in Tiffany’s first-ever employee resource group for women.

She previously served as vice president at Citi Foundation, the philanthropic arm of Citibank. There, she managed an $86 million annual budget and worked on a grants compliance program that distributed funds to various initiatives, including ones supporting micro-entrepreneurship.

Markas also founded and headed development for Damsels in Design, a networking organization that fosters professional and educational opportunities for women in the design industry in New York City and beyond.

She has also managed finance and operations at several other companies and nonprofits, including the Los Angeles County Museum of Art and the architecture firm Thomas Phifer and Partners.

“Jennifer’s passion for women’s issues coupled with an understanding of the jewelry and design industries uniquely prepares her to support our members and partners and lead WJA’s efforts to advance equality and diversity in the fine jewelry and watch industries,” said WJA president Jenny Gates Luker in a statement.

“We thank Bernadette for her excellent work helming WJA and for her long service to the association, and we wish her well as she embarks on a new life in Virginia,” Luker continued. “We took this opportunity to move WJA’s headquarters back to New York and to appoint an executive director here.”