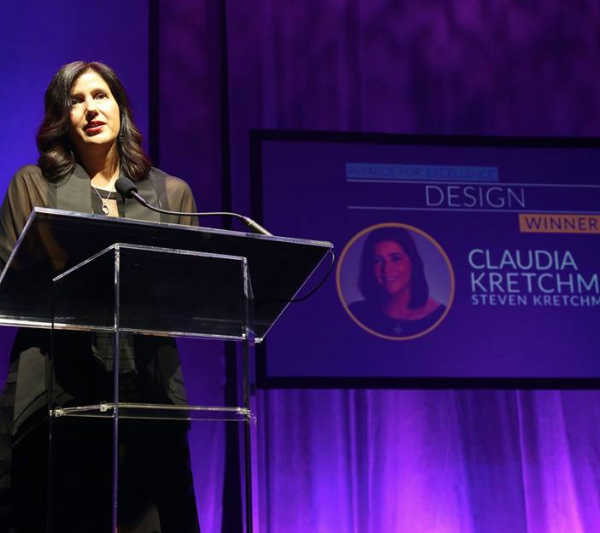 The influential jewelry pros will be honored in NYC July 24

The Women’s Jewelry Association (WJA) announced its Hall of Fame Honorees for its annual Awards for Excellence gala today—and the trio set to be celebrated in New York City on July 24 are among the industry’s brightest stars.

Cecilia Gardner will receive the Lifetime Achievement Award for her work with the Jewelers Vigilance Committee (JVC) over nearly two decades. “Her leadership of the not-for-profit trade association helped put JVC at the forefront of some of the most complex issues related to compliance and ethics in the jewelry industry,” reads a statement from WJA on the honorees.

Michael Pollak, who will be given the Ben Kaiser Award, has over 40 years in retail management—and developed seven luxury jewelry and watch stores. Throughout his career, he has “focused most of his resources on a combination of business strategy and vision, philanthropy, and the omnichannel future of a disrupted retail marketplace,” according to the WJA release. Pollak also founded nonprofit Diamonds in the Rough, which has raised nearly $2.5 million to support the efforts of youth-based nonprofits and local charities.

Family-owned jewelry retail business Day’s Jewelers will be given the Corporate Award. The retailer owns seven jewelry stores throughout Maine and New Hampshire and has been in business for over 100 years. It’s currently owned by Jim, Kathy, and Jeff Corey, with David Harris serving as president. The company is a certified member of the Responsible Jewellery Council and was named the 2016 Retailer of the Year by the Retail Association of Maine. It also nabbed the 2009 WJA Award for Retailer of the Year.

The gala event, which will be held at Pier 60 on New York City’s Chelsea Piers, will also present Awards for Excellence in retail, design, manufacturing, sales, marketing and communications, and editorial categories.

“It’s my utmost pleasure to be a part of honoring such a distinguished group of individuals during the 2017 Awards for Excellence,” says Brandee Dallow, WJA’s president, in the statement. “Returning to Chelsea Piers with this trio of award winners is most certainly going to make for a fabulous evening.”