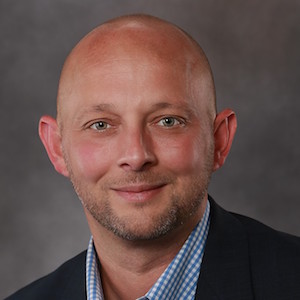 Wilkerson & Associates, which bills itself as the largest U.S. jewelry liquidator by volume, has named Josh Hayes (pictured) vice president.

Hayes has worked for the Stuttgart, Ark.–based company for 15 years, following his graduation from Southern Arkansas University. In his role as business analyst, he has developed extensive experience conducting appraisals on jewelry businesses for banks and lending institutions. He has coordinated more than 500 jewelry store liquidations and assisted with thousands of others.

As vice president, he will serve an expanded role in all of Wilkerson’s multiple divisions, including its jewelry retail and merchandising division.

Richard Hayes serves as the company’s president, and founder Bobby Wilkerson serves is chairman of the board.