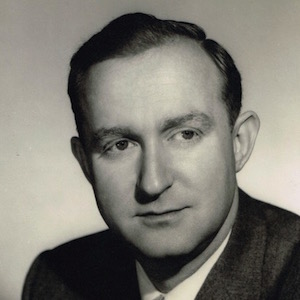 Irvng Korwin (pictured), the founder of Wideband jewelry company, died on April 3 in Paradise Valley, Ariz. He was 99.

Korwin was the son of Eastern European immigrants who arrived in the United States by ship through Ellis Island. Raised during the Great Depression, he entered World War II right after the Japanese attack on Pearl Harbor.

He served with top-secret clearance, training pilots and military VIPs at an Army Air Force base in Florida on the use of radar. At the time, the technology was so new and so secret the word radar couldn’t be mentioned publicly.

In 1951, he started Wideband Coin Jewelry in New York City and became known for designing unusual and creative charms. By the early 1960s, he realized that there was an opportunity with fine jewelry using gold coins. Among Wideband customers were Elvis Presley, President Dwight D. Eisenhower, the Smithsonian Institution, and Prince Phillip.

Wideband was acquired by Quality Gold in 2018.

Korwin was among the first U.S. jewelers to be involved with the American Gem Society in 1938. He was also a 40-year member of the 24 Karat Club of New York City and its oldest member at the time of his death.

“He believed that honesty, integrity, ethics, passion, education, and knowledge were cornerstones to a successful career and life,” said a statement from son Richard.

He is survived by two sons, Richard and Alan; four grandchildren; and four great-granchildren. Richard and wife Sharyn both worked with Irving at Wideband.