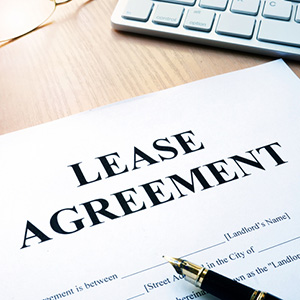 Jewelers and jewelry businesses that may not be able to pay rent due to the COVID-19 pandemic should start a conversation with their landlord as soon as possible, real estate attorneys and experts tell JCK.

“In this crisis, as in any crisis, the key is communication,” says Bert Rosenblatt, cofounder of Vicus Partners, a New York City commercial real estate firm that represents tenants. “Don’t just put your head in the sand and stop paying rent. Reach out to your landlord. They may know your business is impacted, but they may not know how much it’s impacted. But if you can show that [you’re] down this much, it helps. It always helps if you’re honest.

“Chances are, they are going to be reasonable. The landlords are people too. They are also worried.”

“Landlords are cutting deals left and right,” he says. “Retailers have a tremendous amount of leverage right now, no question. If I was a retailer, I’d call the landlord and say, ‘Listen, this is not your fault. It’s not my fault. Let’s try to work something out. It could be a deferral, it could be an abatement. I’ll pay you back as much I can when I can.’ ”

New York City real estate attorney Gil Santamarina agrees that tenants should talk with their landlords—but advises, before they do that, they contact their attorney to review their lease. Some contain a provision that lets a landlord hold an owner personally responsible if the business ceases functioning.

“There are a lot of hidden snags that can get them held liable if they don’t have someone trained at looking at leases,” says Santamarina.

Overall, though, he agrees that landlords have every incentive to be flexible.

“It’s better to have a filled space than an empty one,” he says. “The landlords know that, if the store is open, it’s their only chance of getting their money. If the store is shut, they will never get anything.”

And in this environment, says Rosenblatt, “to re-tenant the building would be damn near impossible.”

It is also currently not that easy to eject tenants. Courts aren’t interested in hearing all but the most important cases. States such as New York and California—where forcing out tenants can be time-consuming, even in the best of circumstances—have placed a moratorium on evictions. More conservative jurisdictions may be less tenant-friendly, but even so, courts will likely understand that these are extraordinary circumstances.

“Practically speaking, it’s hard to believe that any landlord will start an eviction process during this time,” Shkury says.

“A lot of landlords are cutting deals with lenders,” says Shkury. “We’ll see a lot of that in the next few weeks.”

One possible wrinkle is that a lot of stores are being forced to close by local edicts. Under those circumstances, tenants may feel that they shouldn’t be forced to pay rent.

Generally, one might assume that standard business interruption insurance clauses could apply here, but Rosenblatt isn’t so sure. According to The Philadelphia Inquirer, in 2006, following the SARS outbreak, some insurers inserted a little-noticed cause excluding “loss due to virus or bacteria.”

“This is really uncharted territory,” Rosenblatt says. “No one ever envisioned this length of interruption. I think this is going to lead to an awful lot of lawsuits.”

Still, the best option is to avoid the courts—and that means cutting a deal, says Shkury.

“It’s just a question of timing,” he adds. “This thing is going to go away in the next few months. The minute that happens, there will be a lot of pent-up demand. Hopefully, there will be stimulus from the government. Business may be roaring.”