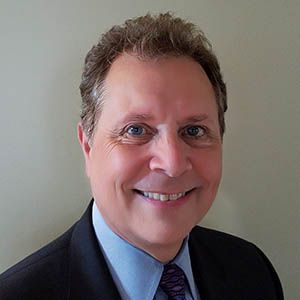 Sedlacek has also worked at Ben Bridge Jewelers, Rolex, Columbia Gem House, and HRA Group.  All in all, he’s had a conventional industry career. But now he’s joining a sector that many view with concern and trepidation.

But he doesn’t see it that way.   Sedlacek says he made his decision after he put in a lab-grown diamond program at Reeds, and it turned out to be one of the most successful launches the retailer ever had.

The biggest resistance to lab diamonds, he says, was from staff.

“There is a fear out there,” he says. “For a jeweler, our biggest issue is consumers with less disposable income. Vacations, luxuries, all those things compete for our money. I’m more interested in getting that money into our stores.”

He notes that the R.A. Riam Group deals with natural diamonds, and he firmly believes both sectors can coexist.

“I’m old enough to remember the old [Diamond Promotion Service] training that said diamonds were addicting, not satiating,” he continues. “If we can get a consumer started with lab, the desire will be for more diamonds.”

He says that lab diamonds should be looked at as a choice for consumers.

“In the chain store environment, there is a race to the bottom,” he says. “We have convinced ourselves that I2 and I3 diamonds are beautiful. But when you put those diamonds next to a well-made SI or VS, whether it’s man-made or natural, the guest will always choose the better diamond.”

He sees lab diamonds as particularly attractive because they come with a story.

“We forget to talk about all the good mined diamonds do,” he says. “But with the lab diamond, we also have an amazing story and that technology that it involves. Most people like technology. This genie is out of the bottle. Let’s make a market for this and let’s grow the whole jewelry market.”