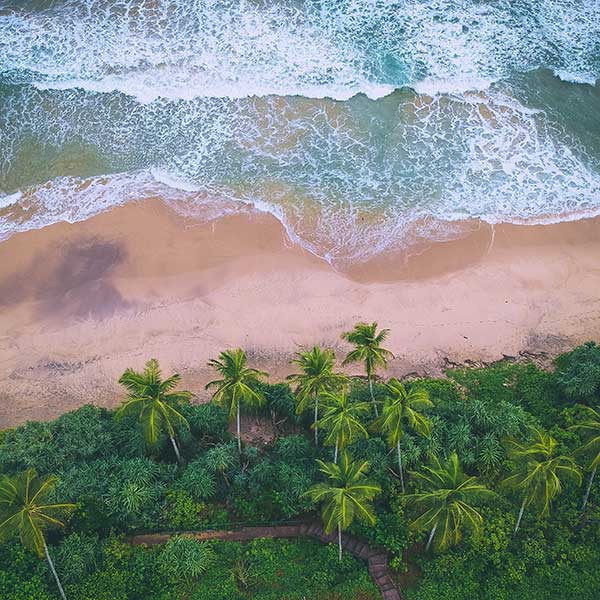 If you haven’t figured out what to do over Labor Day weekend, allow me to offer a suggestion: From Aug. 24 to Sept. 1, Gemstone Expeditions, a new outfitter organizing visits to the gem world’s most exotic locales, is leading an eight-day, nine-night tour to Sri Lanka, aka the “Isle of Gems.”

Retailers and designers looking to bring back gems—and tales—from an island that’s enchanted travelers since Marco Polo’s day will not be disappointed.

The itinerary includes a visit to Sri Lanka’s Elahera gem field, about 70 miles northeast of the capital, Colombo; the legendary gem mines of Ratnapura, a traditional center of the island’s gem trade; the ancient rock fortress of Sigiriya; and a night at Hikkaduwa beach, a world-class surfing spot. The trip concludes back in Colombo at Facets Sri Lanka, where buyers who purchase more than $10,000 in gems are entitled to three nights’ free accommodation at a local five-star hotel during the show.

“I think a lot of people want to have a story about selling color,” says New York City–based gem dealer Joe Menzie, a former president of the International Colored Gemstone Association and cofounder of Gemstone Expeditions. “The retailers that attend, it gives them talking points.”

The Sri Lanka tour, which costs $2,250, is just the beginning. Menzie says he’s gearing up for an emerald-focused trip to Colombia Oct. 12–19, and additional trips—to Australia and Burma—are in the works.

Next year’s slate will offer at least six excursions, according to Menzie, a veteran of the international gem scene.

“I realized many years ago how fortunate I was to have visited so many countries, developing friendships and bonds in the gemstone arena,” he says of the impetus to form the company. “I thought, ‘Why not share with other people these experiences?’ Also, paramount was for participants to learn what it actually takes to bring gemstones to market, make purchases, and meet new sources. We decided to extend the relationship participants have on the trip to their audiences when they return home. We create videos and take pictures all for their social media.

“Also, we can help identify local dealers who are very capable of putting together on-theme trunk shows highlighting gemstones from the trip they went on,” Menzie adds. “In the coming years, [Gemstone Expeditions cofounder] Barbara Wheat will identify social responsibilities in the countries and specifically mining areas that we will fund. The people that participate in the trips can celebrate their participation in these causes. We will be transparent, posting all on our website.”

If you consider yourself a gem junkie, but you’ve never been a to a gemstone mine, do yourself a favor and sign up for one of these tours, stat! I visited my first gemstone mine during the summer of 2006, on an extraordinary trip through Tanzania and still consider the experience a defining moment in my career.

Standing 230 feet below the earth’s surface, deep inside a tanzanite mine, I studied the bored, reluctantly curious expressions of the miners perched around me on outcroppings of black rock. Known in Tanzania as wanapollo, Swahili for spacemen, there were 12 men in all, each dressed in look-alike coveralls with reflective strips, utility belts, and hard hats.

As I glanced around the cave-like space where we stood, I made eye contact with a lanky young miner who gave me a nonchalant appraisal before turning his head. Here was a guy who spent the majority of his life underground digging up pieces of crystallized earth that might or might not one day be transformed into a glittering cocktail ring on the finger of someone wealthy and fabulous. Did he entertain this idea? Did he think about the jewels he was helping to create, and the people who were privileged enough to afford them? It was impossible to say. But the thought consumed me.

To follow the path of stones to its source is to understand this beautiful, crazy business at its very core. Thanks to Gemstone Expeditions, that path is now clearer than ever.