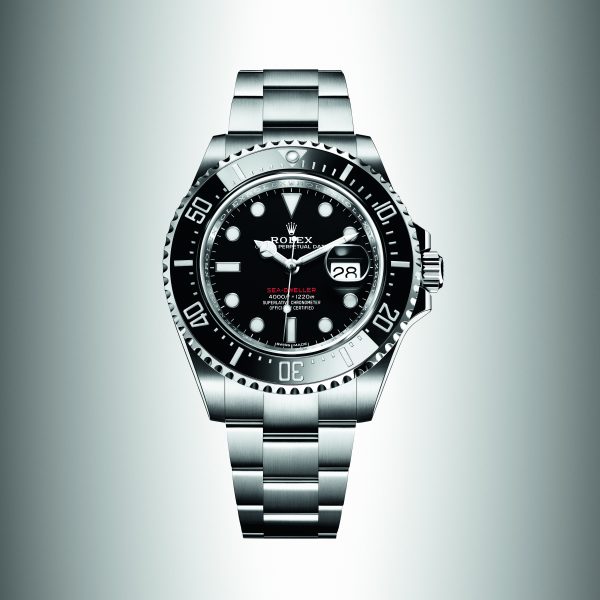 Communicating color is tougher than it sounds. And when in doubt, bet on Rolex.

If you’ve ever attended the American Gem Society Conclave, you know the event packs in more education than a semester at college. Last week, I blogged about the things I learned at this year’s Conclave, which took place April 5–8 in Hollywood, Calif. Here are a couple more takeaways.

The gem trade is still searching for the best way to describe color.

And Christopher Smith, president and owner of American Gemological Laboratories, thinks he’s got the answer.

In a seminar entitled “Color: In Search of Consistency (aka ‘Gemologists lost in color space’),” he outlined the central challenge facing buyers, sellers, and lovers of colored stones: “We’ve been trying for the last couple decades to find a system to describe color and we’ve always fallen short,” he said. “In general, we’re very linear in how we look at color. But in reality, color is best presented in a 3-D model.”

The three dimensions are hue, saturation, and tone, Smith said, and when combined, they give us the impression of color that we see. He went on to explain how the industry has struggled to unite behind a single reference system because most of the existing systems operate in a flat, two-dimensional space, like the paint-colored chips used by the famed Munsell Book of Color, designed in 1905.

“In a transparent gemstone, you have a 3-D body where light passes through and it creates areas of brilliance, light reflection, and also areas of extinction,” Smith said. “And this is virtually impossible to mimic in a flat, two-dimensional system.”

ColorCodex, the system Smith has developed, is made up of individual cards that rely on observer-based comparisons. Each card has six color windows that transition from lighter to richer colors; all the elements are uniquely numbered. The system also includes a series of grey and brown overlays to account for tonal values.

The difference between ColorCodex and previous systems is that it uses colored foils “that react with light similar to how a gemstone reacts with light, so you get areas of brilliance, color reflection, and areas of extinction,” Smith added.

“Everybody sees color in their own way,” he concluded. “I’m not trying to dictate how you have to describe it. I’ve created a tool that, regardless of how you might call it, you’ll all fall within the same color window, so users have the freedom to apply whatever color or varietal term they want.”

Smith plans to roll out ColorCodex in three phases, starting in the next month or two. The first phase will comprise colors ranging from yellow to purple-pink, with 66 cards in the full version and 22 in the abridged version, plus four grey and four brown overlays. A single set of cards is expected to cost about $1,000.

I have to wonder, though: Will Smith’s clinical system, as smart and intuitive as it sounds, be appealing to an industry obsessed with mythical trade terms—“pigeon’s blood” for rubies, “cornflower blue” for Kashmir sapphires, “the color of a Sri Lankan sunset” for padparadscha sapphires—that make up in romance what they lack in clarity? I’m not sure, but I’m fascinated by the conversation.

In a down market, Rolex continues to gobble up market share.

I love compelling sales data. So when I saw that Conclave included a seminar entitled “Emerging Insights and Trends: Diving Into the Sales Data on Watches, Jewelry, and Diamonds,” led by Desiree Hanson and Mary Galeski from The NPD Group (founded in 1966 as the National Purchase Diary), I knew it would be a valuable way to spend my time.

The consensus about the 2016 watch market? “It wasn’t pretty,” Hanson said.

According to data gathered at points of sale nationwide—including independent jewelers, national jewelry chains, and department stores—watch sales were down 7 percent in value in 2016 and 8.8 percent over the holiday. Among the top declining brands was Michael Kors, whose phenomenal fashion watch business has finally hit a wall. Growth in the men’s watch category, on the other hand, was led by Rolex, Patek Philippe, and Bulova. Rolex and Cartier led in the women’s category.

Department stores were responsible for 63 percent of the overall decline (some due to store closures). Independents are faring better. They saw a 4 percent decrease in business in 2016, but, thanks to how low department stores slipped, they gained market share.

Women’s watches declined two times as fast as men’s (one explanation: department stores are heavily focused on women’s styles), which means that men’s styles, which represented two-thirds of the market, have gained share because they suffered fewer declines than women’s.

“Rolex fuels 61 percent of total growth of men’s watches,” she added. And while Breitling, Seiko, Omega, and G-Shock round out the growth category, make no mistake: “All of the brands took a little bit of their share and handed it to Rolex.”