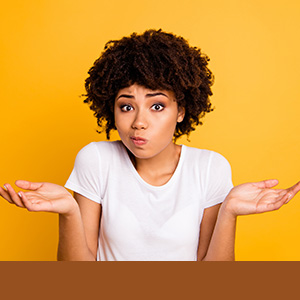 The year 2020 was many things: sad, exhausting, scary, ugly. It was also really weird. From those fun days wiping down cereal boxes to having to stay six feet away from everyone, this was a year when everyday life became very, very strange.

Even given that, the strange jewelry stories here—some of which were discussed on JCK’s Jewelry District podcast in our Weird Stories of the Week segment—will likely freak you out.

The restaurant chain held a contest for Australian residents in which the winner would be gifted a $9,000-plus pizza-themed ring. “We’re giving one lucky pizza lover the chance to make a truly dough-mantic proposal,” said the company, whose jokes are apparently as good as its food. This weird story was discussed on The Jewelry District, episode 12.

Does someone have a 'pizza' your heart? We're giving one lucky pizza lover the chance to pop the question with this diamond pizza slice engagement ring! https://t.co/QmHvP84I8I #pizza #engagementring pic.twitter.com/tG4G5DdwNc

This commode was certified as having the most diamonds ever set on a toilet bowl by Guinness World Records, which seems a little desperate for new categories. “The diamond toilet is not for sale because it is a meaningful artwork for me,” said the owner of the company that created it, adding that it has never been used. This weird story was discussed on The Jewelry District, episode 14.

A California woman was arrested after licking an impressive $1,800 worth of jewelry and food at her local market.

The Real Housewife spotted one of her stolen rings on the Instagram feed of actress Diane Keaton. Keaton, it seems, had seen it on the hand of a mysterious, never-seen-again psychic in Santa Monica, Calif. This weird story was discussed on The Jewelry District, episode 29.

A woman’s story of her demanding fiancée “sparked outrage online,” according to In the Know, which apparently feels that’s an unusual thing. Fortunately, the woman turned to Reddit for advice. This weird story was discussed on The Jewelry District, episode 27.

“There will be a big party tomorrow,” said the lucky tanzanite finder, who has 4 wives and 30 children.

Woman forced to smash bracelet after it got stuck while she tried it on:

She had to call firefighters to remove it. They smashed it open with a hammer.

While magnet-fishing, a six-year-old found an old safe, loaded with jewelry and credit cards. His find might solve an old mystery.

“It’s not for everybody,” she says, “but there’s definitely a market for it and Halloween is very busy.”

After a Maine “moose-turd artist” became a viral sensation, she’s getting her own truTv show, called Tirdy Works.