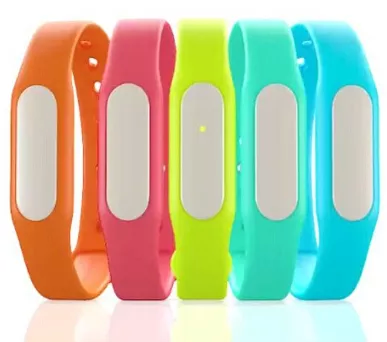 The Apple Watch has fallen to the No. 3 spot, behind Xiaomi

The study reported that the market reached a “new all-time high” in 2016, as shipments soared to 33.9 million units in the fourth quarter—growing 16.9 percent year over year.

Shipments for all 2016 grew 25 percent, “as new vendors entered the market and previous champions refreshed their product lineups,” according to the report. A whopping 102.4 million wearable devices shipped in 2016.

The trend toward wearables that focus on health and fitness rages on: “In the past few months, two major platforms, WatchOS and Android Wear, have pivoted toward fitness and health applications,” reads the report. “This is no accident, as that has been the only use case with any ‘stickiness.’ ”

Ramon Llamas, research manager for IDC’s Wearables team, said in the statement, “Health and fitness remains a major focus, but once these devices become connected to a cellular network, expect unique applications and communications capabilities to become available. This will also solve another key issue: freeing the device from the smartphone, creating a stand-alone experience.”

The list of the year’s top-selling wearable brands is full of familiar names, but it also has a few shake-ups. Apple, which has been nearly neck and neck with Fitbit at the top of the stack since debuting the Apple Watch, slipped to third place in 2016, behind Xiaomi, the Chinese wearable brand that offers low-cost fitness trackers.

Fitbit is still the best-selling wearable brand in the world, impressive considering it weathered one its largest declines in 2016. The IDC report blames the company’s losses on its exclusive focus on the North American market, which it describes as “quickly approaching saturation for fitness trackers.” Fitbit products are also somewhat pricey, and the company may remain challenged “as low-cost competitors eat away at its market share.”

Speaking of pricey…Garmin, which manufactures high-end athletic wearables, came in at No. 4 on the best seller list, though it too experienced a slight decline of 4 percent in the fourth quarter of last year. But it did raise its average price per product from $250 to $258 in 2016.

Samsung, which launched two new wearable models last year—the Gear S3 Classic and Frontier—is still the only top five company to offer cellular-enabled wearables. But all signs point to more wearables incorporating this tech, which decouples wearable devices from mobile phones, in the near future.

(Photo of Xiaomi’s colorful Mi Bands courtesy of the company)