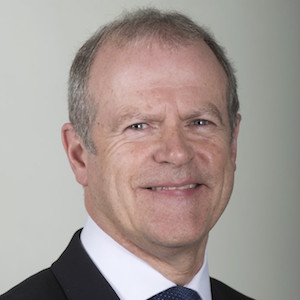 David Hurley, the current executive vice president for the U.S. division, will continue to lead the group in the United States. Both Bolton and Hurley report to chief executive officer Brian Duffy.

In a statement, Duffy said, “Our U.S. business is performing very well and it is quite amazing what has been achieved in such a short time. David has been the architect and leader of this success.”

Mappin & Webb and Goldsmiths are U.K. brands that date back to the 1700s. Watches of Switzerland is a multi-brand watch store that has locations in both the United States and the United Kingdom. Mayors is a U.S. jeweler the company purchased in 2017 from Birks Group.

Broderick first joined Goldsmiths as a warehouse supervisor in 1979. In the ensuing decades, he moved to retail, first at a store level, then at a regional, then at a national level.

Duffy said in a statement: “During his time with the company, Tony has seen many ownership changes, management changes and market changes and his success is a tribute to his commitment, his personal adaptability and most significantly, the immediate respect and support that he commands…. I wish to thank him personally for all his support, advice and partnership and…wish him health and happiness in this next stage of his life.”

(Image courtesy of Watches of Switzerland)