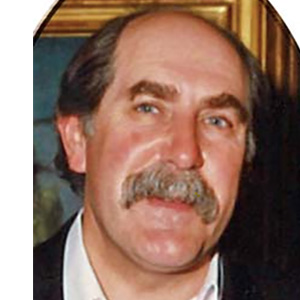 Joseph “Joe” Sindt (pictured), a refugee from Austria who later became a renowned executive in the watch business, died on July 7 of congestive heart failure. He was 71.

An online obituary calls his story “a version of the American dream.” He arrived in the United States in 1950 as a 2-year-old immigrant from Austria and was originally settled in a refugee camp. From there, he “obtained a solid education and went on to lead companies, launch businesses and build several residences.”

Sindt started as an executive at Seiko, where he was selected to run its sister brand, Lorus, which produced the highly popular Mickey Mouse watches. He later served as president of Hirsch USA, a noted Austrian watchband company. In the mid-1990s, he formed his own company, which supplied his brand-name watches to a variety of corporate clients.

Even in his retirement, he remained active and started and operated a number of pop-up seasonal Halloween stores in the northern New Jersey area with his son, Jameson. Four years ago, father and son opened Gotham Comics, a comic book and collectibles store in Caldwell, N.J.

At his first job, Joe met Nancy Pier, whom he married in 1975. Nancy Pier Sindt later became a longtime writer for National Jeweler (and occasional contributor to JCK).

“He was an incredibly dedicated person who worked tirelessly to grow the brands he was responsible for, to hire the right people, and do the right thing,” she wrote. “In fact, he had a great sense of right and wrong, of ethics and fair business practices…. Those who knew Joe rave about his ability to put a good team of people together, to be a leader and remember him as an all-around good guy always ready to help.”

He is survived by wife Nancy, son Jameson, and mother Rosalie.