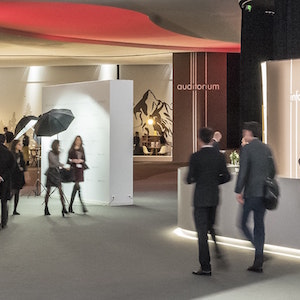 SIHH, the traditionally trade-focused Swiss watch fair that has mostly stood as a high-end alternative to Baselworld, is completely reinventing itself, with a new name, new format, and new program welcoming the general public.

For the last few years, the annual Geneva-based fair has opened its doors to the public on its final day. But starting in 2020, the show—which has been rebranded Watches & Wonders Geneva—is allowing the general public to visit for the whole five-day event.

Consumers that opt to attend to the trade show aspect of Watches & Wonders, now known as the Salon, will have to pay more than in the past—300 Swiss francs (about $300). But in addition to getting to spend more time at the fair—which includes displays from 30 high-end brands—organizers are mapping out a special itinerary for them as well as more consumer-focused presentations, panel discussions, and workshops.

“It’s no longer just a show with products in the showcase,” says Fabienne Lupo (pictured below), chairwoman and managing director of Fondation de la Haute Horlogerie, which puts on the annual event. “It will be a completely different experience. It’s about bringing in a new audience, new content, new ways of talking about fine watchmaking.”

Lupo says she has no idea how many consumers this will attract, but she hopes for more visitors, particularly from the United States.

The fair has also expanded its offerings within the city of Geneva itself. She says the city will put on a free celebration of the annual fair—much the same way Cannes turns itself over to its annual film festival.

Geneva plans a range of watch-themed events from participating brands, including some that do not exhibit at the Salon. Scheduled attractions include walking tours, invitations to tour watch companies, and museum open houses.

“The idea is to have a festival in the very center of Geneva,” Lupo says. “Until now, no public event around time measurement ever existed in Geneva, which was quite surprising since Geneva was the cradle of watchmaking. We want to showcase fine watchmaking, show the expertise behind the timepieces, and target a new audience, especially the young generation and millennials who are not necessarily interested in wearing a watch. It is really our objective to reach out to them.”

The change in direction means that SIHH will no longer be called that.

The first new SIHH—or we should say, Watches & Wonders Geneva—will take place April 25–29, 2020. Last year, the fair decided to change its dates from February to April, so it can directly precede Baselworld. More information is available here.