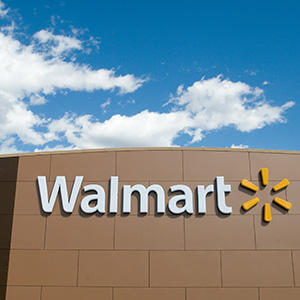 After a long search, Walmart has finally found its new head of marketing—within the corporate ranks of rival Target.

In an internal memo obtained by several media outlets, Walmart executive vice president and chief customer officer Janey Whiteside announced the hiring of William White, a senior vice president of marketing at Target. His tenure as chief marketing office at Walmart begins on May 11.

White is a former Coca-Cola Co. executive who joined Target in 2013, where he focused on strategies to drive sales, build brand equity, and inspire customer loyalty, according to the letter.

He will report to Whiteside and fill a role that’s been vacant for almost a year—since the departure of executive Barbara Messing. The position has seen some turnover in recent years: Messing was in the role for roughly a year, and she succeeded Tony Rogers, who was there for two years. Before that, Stephen Quinn, who’s now retired, was Walmart’s chief marketing officer for nearly a decade.

Rich Lehrfeld, senior vice president of brand, creative and media, has been Walmart’s interim CEO since January and helped lead the search for a permanent executive, Whiteside noted in the letter.

“William is a customer-centric, innovative marketer and is a passionate leader who loves to build and nurture teams,” she wrote. “I am so excited to see him join the Walmart family and drive us forward.”

White will lead a team of six professionals in a pivotal time for the retailer. Walmart, as a major food seller with hundreds of locations in rural areas in the United States, has become the sole open place of business during the COVID-19 pandemic in many communities.

Walmart reported $514 billion in revenue in 2018, and globally, the retailer has 2.2 million employees and is  the largest private employer in the world.