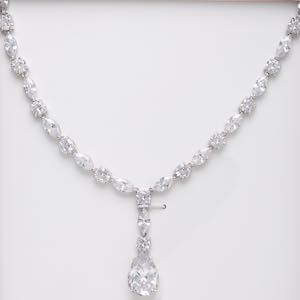 Walmart plans to cut back further on its fine jewelry sales counters this year, continuing a process that began in 2018, spokesperson Tara Raddohl-House tells JCK.

“Overall, year-on-year fine jewelry offerings have decreased in Walmart stores,” she says. “Our plan for this year is similar, meaning we will look store by store to assess if fine jewelry is in demand, and if not, we will reallocate that space. We do anticipate we’ll find there are more stores where fine jewelry space will be reallocated.”

She also says that “a majority of stores have and will keep fine jewelry.”

“Our focus is on serving the customers in each store and providing them the product selections they are looking for,” she says.

This week, Arkansas website Talk Business and Politics reported that the company wanted to move more of its fine jewelry sales online, in part because of the security-related costs involved with stocking expensive items in the store. It said that, even in stores where fine jewelry was sold, the retailer was moving toward scaled-down displays.

Walmart is increasingly focused on lower-priced costume and bridge pieces, such as its new Believe by Brilliance collection, which will be released in April, it said.

“I don’t know that I’d say we’re putting more emphasis on one category of jewelry versus another,” says Raddohl-House. “It’s about what our data says the customer is looking for at a particular store. Could be in some stores fine jewelry is a focus, and in others it’s not.”

Still, because of its sheer size, the nation’s largest brick-and-mortar retailer remains a force to be reckoned with in jewelry. In 2018, National Jeweler ranked it as the second largest jewelry seller in America on its Supersellers list, behind only Signet. It estimated its 2017 jewelry sales at $3 billion.