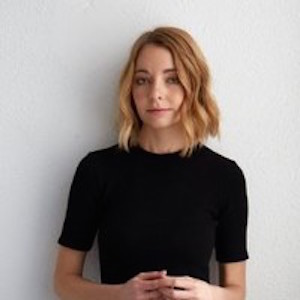 The brand was founded by Stofenmacher and Chelsea Nicholson as Vrai & Oro in 2014. The name comes from the French word for “truth” and the Spanish word for “gold.”

Stofenmacher told Coveteur that before launching the company, “my older sister and I realized we both shared a similar pain point, our husbands were terrible at buying us gifts and we figured other women must have this issue.”

As a result, she created a learning algorithm that helped men purchase their gifts.

“During this process we realized two things: first, that fine jewelry is traditionally the number one gift that men give women, and second that traditions are changing quickly.”

“Our designs were made to order for the entire first year,” she said. “The concept really hit right time, right place with Instagram—I didn’t put any money into marketing.”

Two years after its launch, it was purchased by lab-grown diamond producer Diamond Foundry.

In 2017, Stofenmacher made Forbes’ 30 Under 30 list, which noted that Vrai & Oro was the third business that she had started.

The jewelry company, which briefly opened a store in Los Angeles, shortened its name to Vrai last year.

Diamond Foundry CEO Martin Roscheisen tells JCK via email: “Vanessa masterfully completed her ‘tour of duty’ with us last year. No one in Silicon Valley ever achieves $10 million in sales on an investment of $8,000!  I’m looking forward to being an investor in her next, fourth venture.”

This article was updated with comments from Martin Roscheisen.