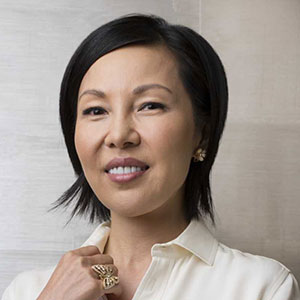 The appointment is effective Sept. 1.

King has more than two decades of jewelry and luxury experience, including 15 years at Van Cleef. She first joined its American division in 2003 as director of its South Coast Plaza boutique in Costa Mesa, Calif. She then rose to regional director of the U.S. West Coast and served in that role for 10 years. In 2013, she was promoted to vice president of high jewelry development. Most recently, she served as senior vice president for retail for North America and Brazil.

Prior to joining Van Cleef, King held management positions at luxury brands Chanel and Dior. She is a bilingual native of Hong Kong.

Van Cleef & Arpels was originally founded in Paris in 1896. Geneva-based Richemont Group first bought 60 percent of the company in 1999. It then purchased another 20 percent two years later and fully acquired the brand in 2003.

“Helen brings with her strong leadership and great knowledge in the world of high jewelry and its clients, as well as an expertise in building teams and developing strategy,” said Nicolas Bos, president and CEO of Van Cleef & Arpels, in a statement.

King also said in the statement: “We look forward to continued success and growth and aim for new heights here at the Maison.”