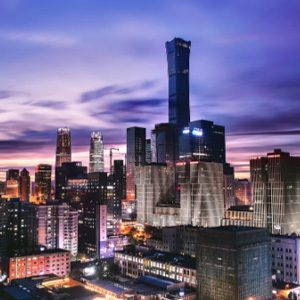 EMarketer projects that China will produce $5.072 trillion (RMB35.043 trillion) in retail sales in 2020, compared with $4.894 trillion in the United States. The pandemic recovery in the United States will help it reclaim the top spot in 2021 and 2022, but that after that China’s retail market will surpass the United States’ market, where eMarketer editors say it will “likely remain for several decades.”

This isn’t a huge surprise, as experts have been forecasting that China’s retail market would surpass the United States’. But not before 2021. The COVID-19 pandemic, which effectively shut down U.S. retail for roughly two months, sped up the shift.

China’s retail growth has been slow, but markedly speedier than the United States’. China’s retail market grew a modest 7.9% in 2019, due in part to the U.S.–China trade war, which has been dragging down markets in both countries. “The U.S. economy and its rates of consumption are expected to be impacted more negatively than China’s,” eMarketer’s editors said.

Conversely, China’s “potential growth rates for consumption and retail sales are still higher than what the U.S. and other major markets will see in pandemic-ravaged 2020. That leaves China in a position to reclaim some degree of standout performance once the pandemic subsides.”

Though China’s retail market has become more self-sufficient in recent decades and less reliant on exporting, the nation is still one of the world’s major manufacturing centers. So the health of other countries’ economies impacts its own. “If North America, Europe, and Japan do not recover quickly, it may not be possible for China to pull out of recession either,” reads the statement.