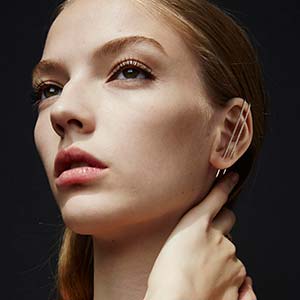 It’s a pin that hooks over the top of the ear on one end and pierces the lobe on the other, caging the ear in a line (or lines, when worn in multiples) of metal and gemstones.

The style, which brand designer and founder Katherine Kim originated, is refreshingly distinctive—and hard to miss.

Kim says the design was meant to be “a minimal interpretation of an iconic and meaningful object—the safety pin,” adding, “I wanted to create a simple, yet striking, way to wear one.”
She recalls coming to the design after taking pliers and “literally cutting a safety pin in half and putting it through my ear.”

“The response has been incredible,” says Kim. “I feel so grateful for all the amazing support we have been receiving and to the celebrities who have worn it.” 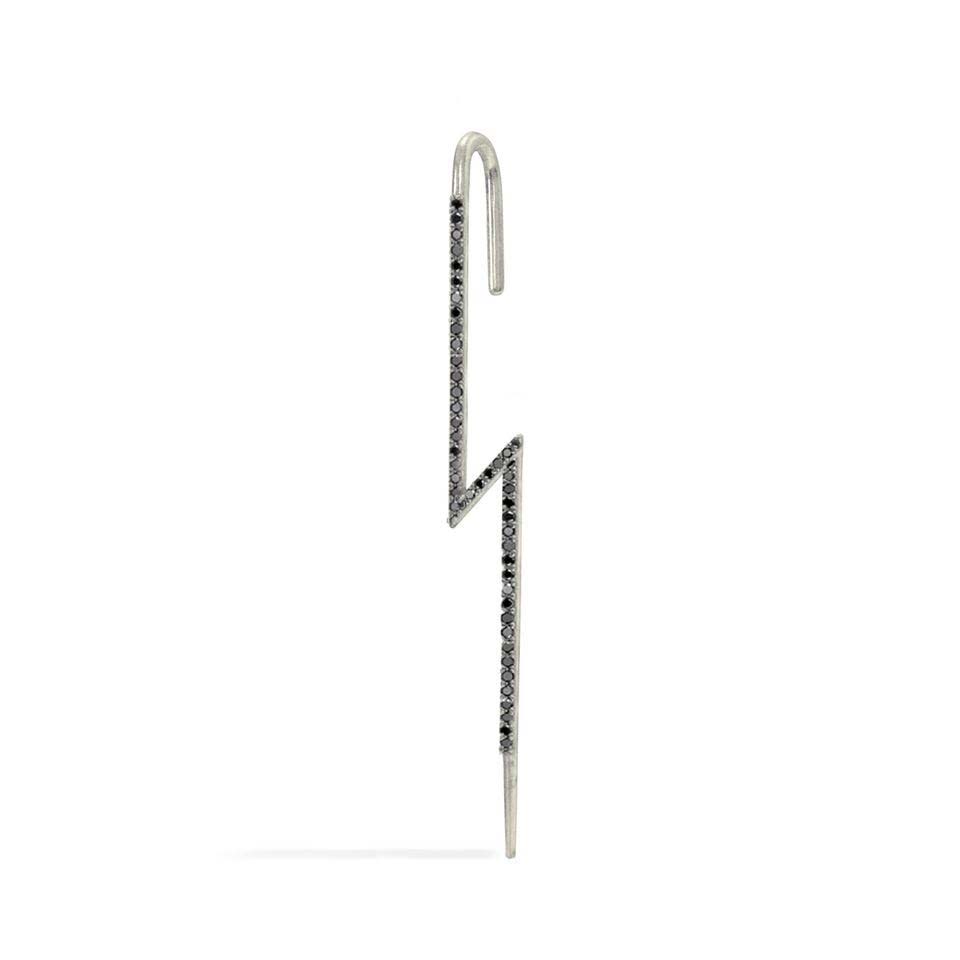 Pins start at $460 for 18k white and yellow gold versions; at the high end, they top out at $1,420 for a diamond-studded model shaped like a lightning bolt (see above).

The cult popularity of the ear pins has won the brand a splashy new department store retail partner: KatKim announced this week that a selection of its ear thread pins will debut in Bergdorf Goodman Feb. 9. 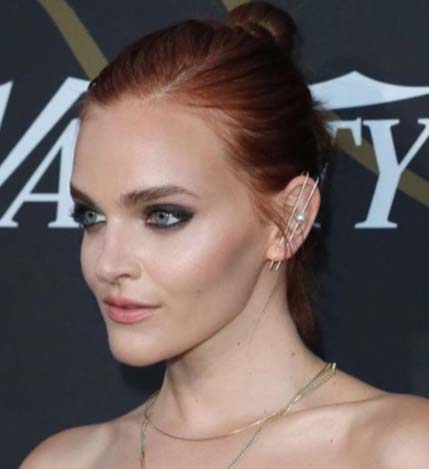 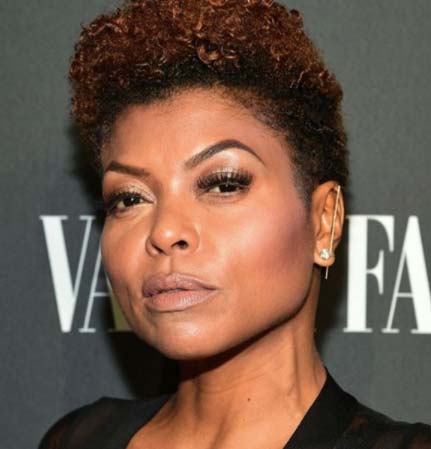 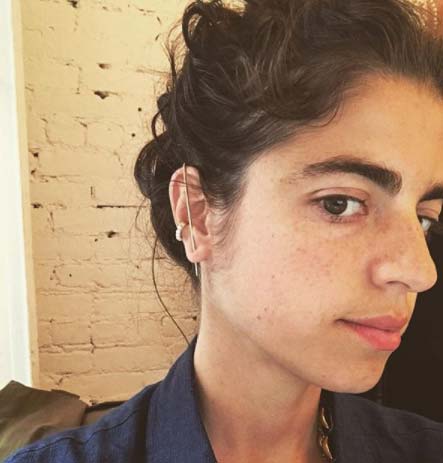