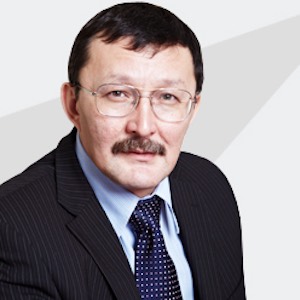 Two members of Alrosa’s executive committee—a deputy CEO and the head of its legal department—are leaving the Russian diamond miner, it announced.

Deputy CEO Yury Okoemov most recently supervised the company’s diamond-cutting department. He has been with the company since 1993. From 2009 to 2018, he served as vice president and was appointed deputy CEO last year, when Alrosa changed its “vice president” title to “deputy CEO.”

Alexander Matveev, head of Alrosa’s legal division, has worked for the company since 2009.

Going forward, the diamond-cutting division will report to Alrosa CEO Sergey Ivanov, while deputy CEO Konstantin Mashinsky will supervise the work of the legal department.

The decisions to leave “were made by mutual agreement of the parties,” according to a statement.

Other changes include the mid-July departure of Alexander Terentiev, an advisor to the CEO and head of Alrosa’s representative office in Yakutsk, the city in Russian Federation that houses most of the country’s diamond mines.

His departure comes amid a restructuring of the Alrosa representative office that aims to eliminate duplicate functions and excessive document flow, it said. The Yakutsk office will be changed to a department for government relations, under the leadership of deputy CEO Alexey Dyachkovsky.

Terentiev first took charge of the Yakutsk representative office in 2011.  Since his departure from Alrosa, Terentiev has become the first deputy head of the Committee for Precious Metals and Precious Stones of Yakutia.

The head of Alrosa’s U.S. representative office, Rebecca Foerster, spoke to JCK in May.