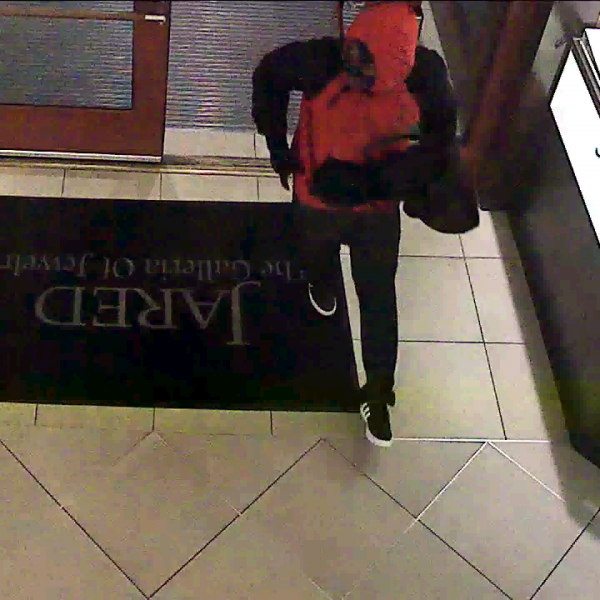 In one incident, a security guard accidentally shot an employee; in the other, a bystander was killed while intervening

The new year got off to a grim start as far as jewelry crime was concerned, with two people killed in two separate incidents.

In the first episode, a security guard accidentally shot a store employee; in the second, a Good Samaritan was killed while trying to intervene following a robbery.

The first incident took place on Saturday, Jan. 21. A suspect brandishing a gun entered a Jared the Galleria of Jewelry in Henderson, Nev., according to a statement from the local police department. A security guard attempted to subdue the suspect and fired his weapon. The guard ended up shooting and killing a 57-year-old employee.

The police are searching for the suspect (pictured), who fled on foot without any merchandise or cash. The suspect will face murder charges since the death occurred during a robbery. The security guard will not face any charges, according to the Las Vegas Review-Journal.

Anyone with information regarding this crime should call Crime Stoppers at 702-385-5555.

The second incident took place on Sunday, Jan. 22, at a Kay Jewelers in San Antonio. According to a briefing from San Antonio police chief William McManus, posted on a local TV news site, after two armed suspects robbed the store, they encountered two citizens who tried to intervene. Gunfire resulted, and one of those citizens, identified as Jonathan Murphy, was killed.

The second citizen had a concealed carry permit and began shooting at the suspects, McManus said. One of those suspects was injured and is now in critical condition. The uninjured suspect turned and ran through the mall, firing his gun. Four people were subsequently injured, though none had life-threatening injuries, and not all were shot. (One, a pregnant woman, was treated at the scene.)

The uninjured suspect has been identified as Jason Matthew Prieto and was later captured in Converse, Texas, according to a statement from the San Antonio police department. He has been charged with capital murder.

A GoFundMe page has been set up to support the family of victim Jonathan Murphy, a former Marine remembered as a devoted family man. Murphy and his wife had been at the store to get their rings cleaned.

JCK has tips on how to prevent and respond to robberies here.