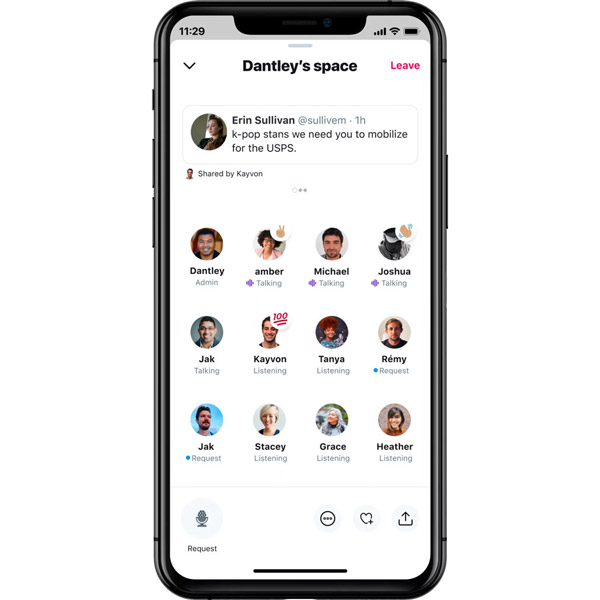 Twitter has announced a new way for its users to communicate that will enhance public conversation by making comments visible for only 24 hours. Dubbed Fleets, it’s for thoughts that are, well, fleeting, and is designed to make users feel more comfortable using the platform, since they won’t have to worry about their contributions living online forever.

It’s worth noting that anything can live online forever through the power of something like a screenshot. But Fleets is intended to help users feel they can participate in conversations in a more casual environment.

Early tests of the new feature in Brazil, Italy, India, and South Korea showed users more actively joining conversations through texts, reactions to Tweets, photos, and videos (Twitter says that stickers and live broadcasting will be available on Fleets soon). The function has now been rolled out to all users, although a day after its Nov. 17 launch, Twitter had to slow the rollout because of performance issues—users complained of a lagging interface and other issues. These back-end issues do seem to have had a surge in usage, but only time will tell if the function picks up major speed.

In other Twitter news, the social app announced it will bring live audio to its platform in a feature called Twitter Spaces. The feature will be offered first to users who have endured the most abuse and harassment on the platform, giving them a space (in this case, a voice-based chat room) in which to communicate.

Inside each Space, users will be able to see who has joined and who is talking at any given time, and the user who creates the space will have full moderation controls, determining who can join and participate. The intention is to let a conversation flow while remaining free of abuse from trolls or those with bad intentions.

Twitter says it will begin testing this function late this year, with access given exclusively to women and people of marginalized communities, two groups that have been most affected by abuse and harassment on the platform.

As for how these new enhancements will impact the jewelry industry, once they’re up and running at full steam, we should have a duo of tools ideal for holding meetups and conversations, whether with clients or with industry colleagues. There are a lot of tools already out there that serve these purposes, of course, but if these two function well, they could make communicating on such a large platform feel more inviting for users that don’t typically use it. Imagine a one-hour conversation on jewelry via something like Fleets, where participants could join in without worrying about their temporary thoughts living on their page (and being retweeted, etc.) for all of time. It’s certainly an opportunity to get more people together.