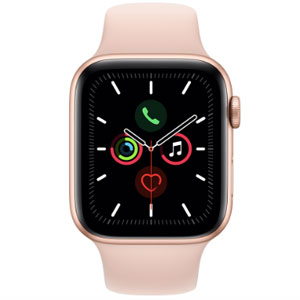 For several years now, the top two spots in worldwide wearable sales have been occupied by Apple and Fitbit. The Apple Watch has been the top-selling wearable since its debut, and Fitbit’s range of fitness bands and watches have caught on in a big way with health-minded consumers (including Gwyneth Paltrow, who’s rarely without her Fitbit band).

But a new report from International Data Corp. that tracked worldwide sales of wearables in the third quarter of 2019 reveals that although Apple is still the wearable world’s top dog, Fitbit has lost substantial market share to competitors—and has tumbled from the number two spot to the number five spot in global sales.

This, while consumer demand for wearables skyrockets. Global shipments of wearable devices totaled 84.5 million units in the third quarter, which was a year-over-year increase of 94.6%, according to IDC.

But there’s a new kind of wearable throwing a wrench into the accounting of wearables sales. “Hearables”—led by Apple’s wildly popular AirPods—comprised almost half the wearables market in the third quarter of 2019, followed by wristbands and smartwatches. Yes, technically, hearables are wearables (we wear them, direct voice commands at them, etc.). But hearables certainly stretch the definition of wearables; it can take a minute to wrap your brain around their inclusion in the category.

Ramon Llamas, research director for IDC’s wearables team, said in a company statement that hearables have become “the new go-to product for the wearables market.” He explained, “This began with multiple vendors removing the headphone jack from their smartphones, driving the move toward wireless headphones. It continued with hearables incorporating additional features that either augment or expand the audio experience.”

The rise of smart assistants (Alexa, Siri) on devices—including hearables—is transforming the wearables market into one that’s more about providing lifestyle shortcuts and less about tracking health and fitness (categories wearables have been targeting with reliability for years). And as the definition of wearables expands, the door to increased growth will surely swing open.

Here were the top-selling wearables of 2019’s third quarter: