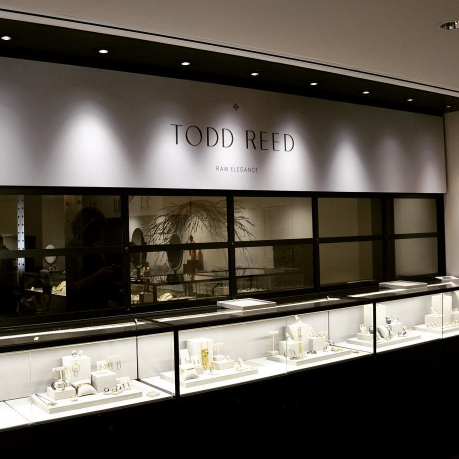 The brand is focusing on store-in-store partnerships

The brand is now turning its attention to shop-in-shops and the first in what will be a series of shops debuted recently at Fox’s Seattle.

The Todd Reed Boutique at Fox’s takes up an entire wall in the store and features the largest selection of Todd Reed jewelry outside of the brand’s own showrooms.

“We are so excited about the store-on-store concept,” said Reed in a statement. “It’s such a great way to further our relationship with Fox’s.”

A “bling cam” was set up throughout the shop’s opening weekend, to capture fans wearing Todd Reed jewelry on a red carpet (the images were shared on social media using #toddreedatfoxs—see them here). And to toast the occasion, Fox’s brought in an additional 300 Todd Reed pieces for opening weekend.

“Our shared passion for contemporary jewelry will present our customers with an exquisite and unique selection of Todd Reed designs,” said co-owner Zooey Mann in a statement. Congratulations, all around!