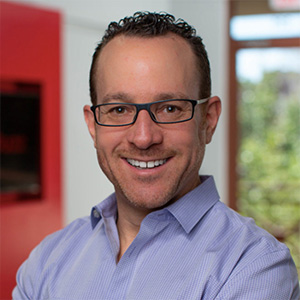 The marketing whiz and diamond company have teamed up to coproduce a video series, dubbed “Mythbusters,” that focuses on diamond education, because “everything consumers learn online is actually incorrect,” contends Bart Marks, president of Fire & Ice, who says the confusions begin with “the notion that consumers should demand GIA-certified diamonds, when the grading report doesn’t certify anything at all.”

Topics covered in the videos—which Marks is offering to all retailers, even those that don’t sell to Fire & Ice—include the difference between clarity and transparency; the fact that the color grade doesn’t really refer to color; the real definition of an Ideal cut; and the physical differences between natural and lab-grown diamonds (the growth patterns inherent to each).

Hartley’s speech, entitled “Why Video?,” used facts and stats to stress how successful video can be when created and deployed with know-how. Here are a few useful takeways from the education session.

• 82 percent of [wedding jewelry] buyers don’t want to talk to a salesperson until they’re ready to buy, according to Hartley, which means, “there’s a golden opportunity to influence and target people looking for diamonds online.”

• People are four times more likely to watch a video than read text, he adds. “Reading is hard, right? Don’t make them do it.”

• People are 144 percent more likely to buy a product after watching a video than they are otherwise, Hartley said, then cited the success of ad placements on streaming services such as Hulu. “You’re just sitting there watching those ads, trapped, like it’s the 1970s all over again. You just have to watch them.”

• Video that educates creates buyers more willing to spend: “Education is key,” Hartley said. “When you know more, you’re more likely to spend more. And when you increase the perceived value of your product, you don’t need to discount it.”

• “People ask me all the time how they can go ‘viral,’ ” he said. “But the thing is, you don’t want to go viral. Viral is carpet-bombing everyone and not…reaching your target customer. Helpful is better than viral. People who watch entire educational videos about diamonds are highly likely” to be future customers.