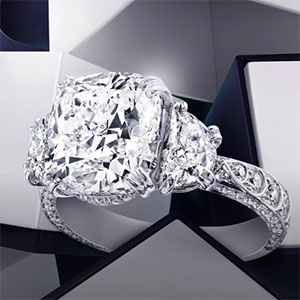 To celebrate the opening of the permanent shop-in-shop, Harry Kotlar will unveil a series of one-of-a-kind fine jewels, each representing “seven decades of old-world artistry and tradition,” according to a statement from Tiny Jewel Box. Featured in the new shop will also be 18 different Harry Kotlar collections.

The store will host an invite-only party to toast the new Harry Kotlar boutique opening night.

“We’re thrilled to be welcoming the Harry Kotlar brand to the Tiny Jewel Box family,” said Matthew Rosenheim, president of Tiny Jewel Box, in the same statement. “Both of our brands are family-run, decades-old companies. We love that Harry Kotlar cherishes quality and craftsmanship. Our clients will understand the passion and perfection placed into every hand-fabricated piece they create.”

David Wiener, Harry Kotlar’s president and head designer, added, “Throughout our 70-year history, we’ve been very careful to choose quality over quantity; we work with only the best artisans and diamonds and partner with only the very best in the jewelry world. We are thrilled to bring a larger presence to the East Coast via Tiny Jewel Box, one of the most respected jewelers in the country.”

Harry Kotlar is famous worldwide for its diamonds—particularly its artful cushion-cut stones—each of which is shaped by a select few master cutters. The brand is a longtime red carpet favorite in Hollywood and has been worn by Jennifer Lopez, Katy Perry, Michelle Obama, Kendall Jenner, and Rihanna.

That the brand is making its East Coast retail debut in D.C., as opposed to fashion capital New York City, is surprising. But the pairing of Harry Kotlar and Tiny Jewel Box—two firms that specialize in timeless gemstone jewelry—makes perfect sense.