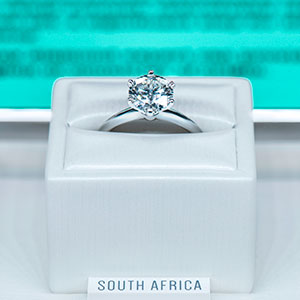 Tiffany & Co. reported below-expectations results for its first quarter of 2019 (ended April 30), as comps, sales, and earnings all declined.

On a conference call following the release of its financial results, chief executive officer Alessandro Bogliolo said the company’s results were hurt by the sharp decline of Chinese tourists into the United States. He said that the company was encouraged by strong local sales, particularly in mainland China.

Its U.S. performance was “positive, but we have seen some degree of caution in the U.S. customer,” he said. “This caution is linked to several factors. First of all, we have seen that consumer confidence [numbers] in the first quarter of the year are pretty low, compared to one year ago, when [confidence] was extremely high. We have also seen big brands in the cosmetic industry and the fashion industry [and U.S.] department stores reporting soft sales in the first quarter…. [The mood] is positive but very cautious.”

Bogliolo seemed more comfortable talking about the company’s suite of initiatives to revamp the brand. He noted that the company had more new products to announce by the end of the year, though for this year it will focus on established lines like Tiffany T. It is also getting ready to revamp its New York City flagship and hopes to have its temporary home ready by the end of the year.

He noted that its consumer research has shown “an increase in relevance and distinctiveness of our brand [in the U.S.], and we have recorded a very strong increase in brand power in China for the Tiffany brand.” He said the company’s youth-targeted communications, such a Lady Gaga wearing the Tiffany Diamond to the Oscars, has led to greater engagement with the brand on social media.

He stressed that the retailer is still seen as a luxury brand and has seen “increasing average transaction value and strong performance in the gold and more precious categories.”

Tiffany has also revamped its websites, and is, for the first time, allowing U.S. customers to buy diamond engagement rings online.

While the company has already made some online engagement ring sales, Bogliolo said that the ultimate goal of launching online sales was to provide more information to consumers as they research their purchase and want to learn about the price, which should lead to “better final sales in our stores.”

On the conference call, chief financial officer Mark Erceg said that the company was being somewhat affected by China’s higher tariff rates on jewelry imported from the United States, in retribution for President Trump’s imposition of tariffs on Chinese goods.

However, Tiffany has decided not to “meaningfully increase our retail prices in China at the present time,” he said. “We are determined to properly support and protect our business in mainland China against our principal competitors, who do not have to contend with higher import prices into China.”

Bogliolio said that Tiffany had not experienced any negative perceptions among Chinese consumers for being a U.S. brand.

Tiffany’s board also declared a regular quarterly dividend of $0.58 per share, a 5% increase in the quarterly rate.

The conference call was the last one for Tiffany’s longtime vice president of investor relations (IR) Mark Aaron, who first became head of the company’s IR department after it went public in 1987. His departure is the result of Tiffany deciding to consolidate its IR and treasury functions, he said.

Jason Wong, the company’s treasurer, will take over the IR role on Aug. 1.