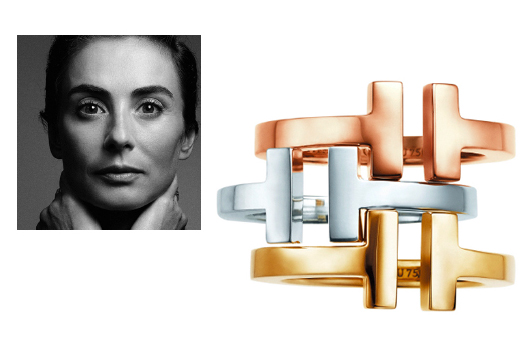 Tiffany’s comps dropped 1 percent during the holiday, as the commotion at the Trump Tower hurt traffic at its nearby Fifth Avenue flagship.

The company’s much-touted design director, Francesca Amfitheatrof, also resigned. Designer Reed Krakoff, who previously served as president and executive creative director of Coach and, before that, held a senior design role at Ralph Lauren, will step into the new role of chief artistic officer. Last year, Krakoff worked with Tiffany on the relaunch of a luxury accessories collection, which the company will introduce at holiday this year.

Amfitheatrof, who first took the design director role in 2013, left to “pursue other opportunities,” the company said.

“She has made important contributions to the portfolio, and Tiffany is deeply grateful for the unique creative perspective she brought to the brand,” a statement said.

While comps fell, the company’s overall sales did jump 1 percent, to $966 million from $961 million a year ago. Still, that was “lower than anticipated,” said CEO Frederic Cumenal in a statement.

He added he did “not anticipate any significant improvement in 2017 to the macroeconomic challenges that we faced this year.”

U.S. sales were hurt by a 14 percent drop at the company’s Fifth Avenue flagship, due to all the commotion surrounding the neighboring Trump Tower. Its comps in the Americas regions fell 3 percent, with overall sales falling 4 percent to $483 million.